Some 75 representatives from 33 member organisations flocked together at the 9th CEP General Assembly on the 27 of September in Tallinn, Estonia. They were joined by 48 more people at the conference Unity and diversity in probation, which was held on the next two days. “The communications among the participants have benefited from the good atmosphere”, characterizes Peter Reckling from Germany.

Organising two events for so many people surely isn’t a small thing; everyone who once has organized a CEP workshop or congress will concur. “In fact, we regarded the General Assembly and the conference as one single event”, comments Viola Läänerand, one the organisers. “We have started our preparations more than one year ago, which is long. Nevertheless, as the events came closer, we started to feel the pressure of time.”

All the preparations did pay off. “We have had a lot of positive feedback from the participants. In fact I am very satisfied as well. The only small remark I have is that it was a pity that there were only few practitioners at the conference. At the Estionan probation service I am a practitioner as well, so unfortunately there weren’t many colleagues from other probation services in Europe I professionally could exchange information with.”

Learn from practices
Peter Reckling, manager of the German organisation for Social Work, Criminal Law and Criminal Policy DBH, was one of the participants of the General Assembly and the conference. “I was very satisfied with the conference. It was very well organized. The atmosphere was very open and nice. I have had a lot of formal and informal talks, during which I have heard many good practices.”

About a year ago, the German national government transferred its powers in the field of the legislation for the correctional to the federal states. All federal states are therefore setting up their own system now. For the probation system, it is more or less the same. Now we have the situation, that the stationary and ambulant care and resettlement of offenders is managed by the federal states “In many aspects, we are at a turning point now in Germany”, says Peter Reckling. “Some States are considering to contract out a private party for the probation service. In others there’s a counter reaction in which probation is being integrated in one single ‘security organization’. When confronted with these fundamental questions, I feel we need to learn from the practices of other countries, so we can propose what we have learned to our colleagues in Germany. I was especially interested in the experiences the Estonian probation has gained while changing its organizational structure. From Hungary I heard how different fields of work, such as judicial assistance and the probation service, were brought together into one organisation. And from Switzerland, I learned how they develop evidence based practice in probation. We’ll definitely integrate what we have learned on this conference in our work in the next years.”

Leipzig
Peter Reckling sees the exchange of information and international contacts as one of the great assets of CEP conferences. Following the good example of Tallinn, he announces DBH will take the lead in two new CEP events. “At the General Assembly I have put forward that the outreach of the CEP in German should be developed more. Therefore it is our goal to organize a European event within the next three years, supported by CEP, in a German speaking country, focused on a German speaking audience. Moreover, we will work on a cooperation between probation and prevention in Germany. In that regard I am very happy that the CEP is willing to organize a workshop in Germany on the aims, tasks and procedures of national probation services with special reference to crime prevention. This workshop ‘Probation meets prevention’ will be held at the biggest congress in Europe on all topics of crime prevention,the 13th German day of prevention, which will take place from 1st till 3rd of June in Leipzig.” 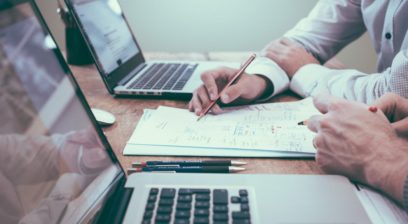 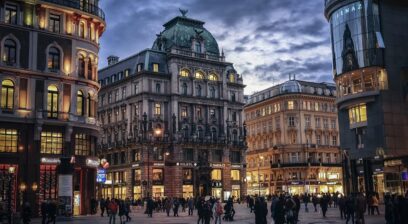 A day in the life of an Austrian Probation officer