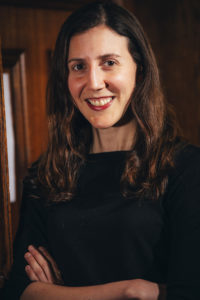 This article is written by Julie M. Norman (PhD, she is a Research Fellow at the Mitchell Institute for Global Peace, Security, and Justice at Queen’s University Belfast (QUB).

Religious ideology is just one of many drivers for violent extremism. Indeed, our research has indicated that in most cases, drivers such as frustrations, grievances, and lack of purpose or belonging fuel radicalisation more than religious beliefs. However, religion can be exploited to provide a legitimation for violent extremism during radicalisation processes and during periods of incarceration. Voluntary faith-based interventions can thus be helpful in the toolbox of outreach for effective reintegration after release.

The most direct way to incorporate religion into reintegration is through direct individual or group engagement with religious leaders and involvement in a faith community. This approach is most useful when it allows for exploration and critical discussion of religious principles that organically debunk the legitimation of violence through religion, rather than didactic methods that focus solely on convincing individuals of the peaceful foundations of the faith.

For these types of interventions to be effective, it is necessary to recognise the specific challenge faced by Muslim clergy. Indeed, when discussing the role of religion in reintegration, Christian interventions are often framed as normatively positive, while Islamic interventions are often viewed with suspicion. This puts imams and other Muslim interlocutors in a difficult position. On the one hand, they are tasked with gaining the trust of recently released individuals to assist with reintegration, while also often being tasked by the state to report suspicious behaviour, making it that much harder to gain trust. It is crucial for policymakers and security sector personnel to recognise the challenge of this dual obligation and seek context-specific appropriate support.

An alternative approach is to provide faith-based interventions that facilitate reintegration by providing a sense of community and belonging, and/or by addressing frustrations and grievances. Traditional faith communities can provide a community for recently released individuals, but so too can non-traditional groups like interfaith dialogues, or gatherings focused on a specific demographic like youth or women.  Other indirect interventions can involve building skillsets in critical thinking and information literacy to help individuals recognise false propaganda portrayed as religious doctrine and develop strategies to resist brainwashing.

Faith-based groups can also offer support through activities that are not explicitly religious, such as coordinating vocational training, providing work or voluntary opportunities and assisting with finding housing or temporary accommodation. While seemingly pithy, these forms of outreach can be crucial in preventing re-radicalisation by meeting basic needs, providing foundations for self-sufficiency, and facilitating a sense of dignity.

In other cases, individual mentoring with a faith-based leader that does not focus explicitly on religion can provide the support and sense of dignity that bolsters recently released individuals from re-radicalisation. Indeed, our research indicates that these individual interventions that focus more on personal engagement can be more effective in prevening re-radicalisation than interventions focused specifically on ‘de-doctrination.’

Finally, engagement with formers who have moved away from extremism can be a key step in reintegration. In our research in both Europe and the Middle East, outreach from re-integrated formers is one of the most effective strategies for engaging those who have recently exited an extremist group. These interventions are not faith-based per se, but they often allow for engagement with individuals of other religious or sectarian backgrounds who share the common experience of violent extremism.

For example, in our work with Fighters for Peace (FFP), a group of ex-combatants in Lebanon, former fighters in the Lebanese Civil War from Christian, Shia, and Sunni backgrounds now work together to coordinate dialogue sessions across the country with audiences from diverse political, social, religious and geographical backgrounds. Although FFP does not frame its work as inter-religious or faith-based, it naturally has interfaith and inter-sectarian components by bringing together different ex-combatants.

Other ex-combatant groups like Combatants for Peace in Israel-Palestine and informal networks between ex-prisoners in Northern Ireland likewise allow for interaction among members of different faith and sectarian backgrounds around the shared identity of being a former combatant. These initiatives have seen success in their outreach in helping other formers reintegrate and preventing further radicalisation because the members carry social capital as former fighters.

There is no single panacea to re-integration, but interventions that allow for religious or faith-based elements can be helpful for some individuals, especially those who did subscribe to radical ideologies during the radicalisation process or in prison. For some, direct theological engagement may be necessary, but for others, psycho-social support and personal development more broadly, facilitated by faith-based and/or secular individuals and organisations, may be even more effective at preventing re-radicalisation and facilitating re-integration. Whether direct or indirect, faith-based interventions should be voluntary, context specific, and integrated across various sectors, including not only religious organisations, but also government agencies, NGOs, social workers, and trusted formers.