The introduction of probation in Ukraine

Home / The introduction of probation in Ukraine

Team of the Ukrainian Probation Department of the Ministry of Justice

A well-functioning probation system is one of the pre-requisites for Ukraine’s accession to the EU. Aside from the political demands, the establishment of a full-scale probation system will solve several pressing issues in Ukraine.

First of all, the effective use of alternative sanctions, like probation, is a practical solution to a serious infrastructure problem in Ukraine. Some of Ukraine’s penitentiaries are more than a hundred years old. Alternative sentences will alleviate stress on outdated Soviet-era penitentiaries that are costly and problematic to renovate. Internationally, evidence has shown that community-based interventions are an effective rehabilitation tool. It also happens to be less expensive than incarceration. This is also the case in Ukraine; to keep the client on probation is ten times cheaper than in a penitentiary facility.

Secondly, probation provides a humane alternative to incarceration that meets modern standards of human rights as laid out in the broad scope of international agreements. Ukraine has never had probation and in fact, it had no other equivalent community sanctions or other measures that have a real focus on correctional treatment and preventing reoffending. For this reason, the country has over-relied on incarceration and was in desperate need of a form of sentencing that is moderate and appropriate for non-violent offences. In 2017, 48% of the inmates in Ukrainian prisons were serving sentences for crimes of minor or medium gravity and potentially could be referred to probation, saving the state the expense of 1-5 years of incarceration.

In the last few years, Ukraine has taken significant steps towards the introduction of probation. In 2015, Ukraine passed a law on probation and in 2016, the parliament passed the required legislative amendments to the Criminal Code, Criminal Procedure Codes and other laws to ensure full implementation of the probation law within the shortest period possible. A number of national strategic documents including the Presidential Strategy for Reforming the Judiciary Structure, the Judicial Proceedings and Related Legal Institutions for 2015-2020 have also defined the introduction of a probation system in Ukraine as one of the priority aspects of the reforms. As well as the National Presidential Strategy on Human Rights, Youth Probation Centre in Kiev. 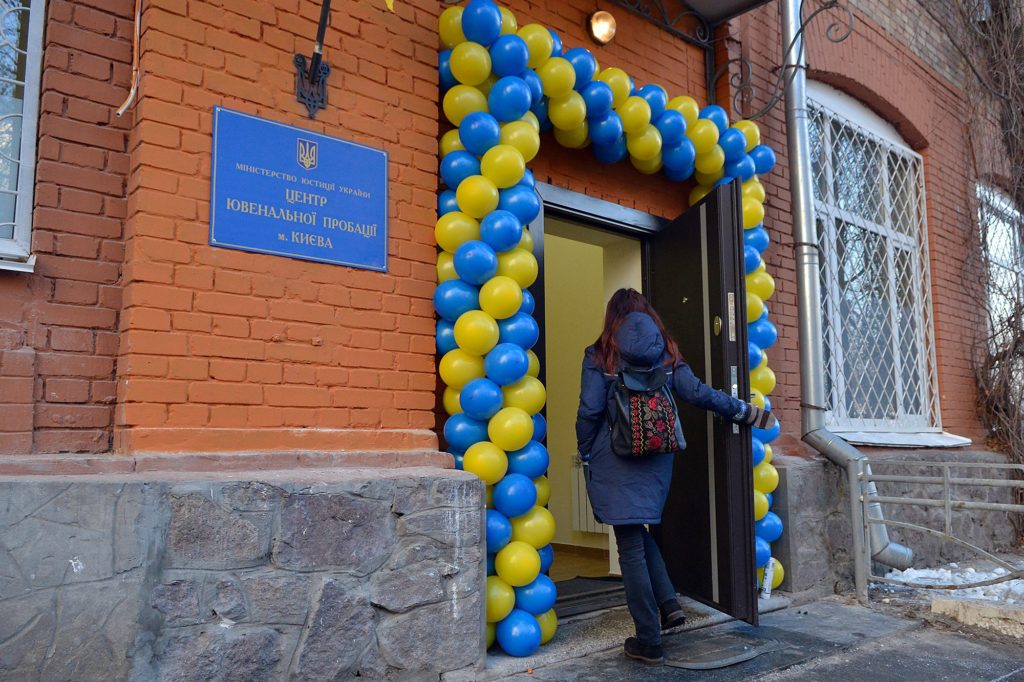 Shift from punishment to rehabilitation

The introduction of the probation service has been done by reforming the Soviet-era Criminal Executive Inspection Service that was responsible for the enforcement of non-custodial sentences. The service supervised offenders to ensure compliance with the obligations imposed by the court. However, these obligations were very limited and primarily administrative in nature, such as apology to a victim publicly or in any other way, a ban on leaving the country or notifying the service of any change in the place of residence, employment or studies, etc.. This focus reflected the spirit of the law, which was focused on punishment and control, without a significant interest in the rehabilitation of the offender.

The current reform represents a shift in this spirit, from an exclusive focus on punishment and control to an understanding that rehabilitation is beneficial not only for offenders, but for society at large. Probation is a central feature of this new approach and accordingly, the former Criminal Executive Inspection Service has been transformed into the National Probation Service and the mandate of the new service will be to implement probation as defined in the Law on Probation, which includes three aspects of probation:

On the road to full-fledged probation

The road to implement probation is already quite long. Despite the fact that the Probation Law was passed in 2015, the Probation Service itself was not operational until January 2017, when the legislative amendments to the Criminal and Criminal Procedure Codes came into force and the probation staff was recruited.

In 2016, the Probation Service was established operationally under the Ministry of Justice with a vertical type of management. The Service is headed centrally by the Probation Department of the Ministry of Justice of Ukraine and managed regionally via six interregional departments, which have jurisdiction over 24 regional administrative units in each oblast. The interregional departments have 499 local probation offices with 3942 “front line staff members”, directly working with offenders. At the end of 2017, there were 63,944 offenders registered with the Probation Service nationally. 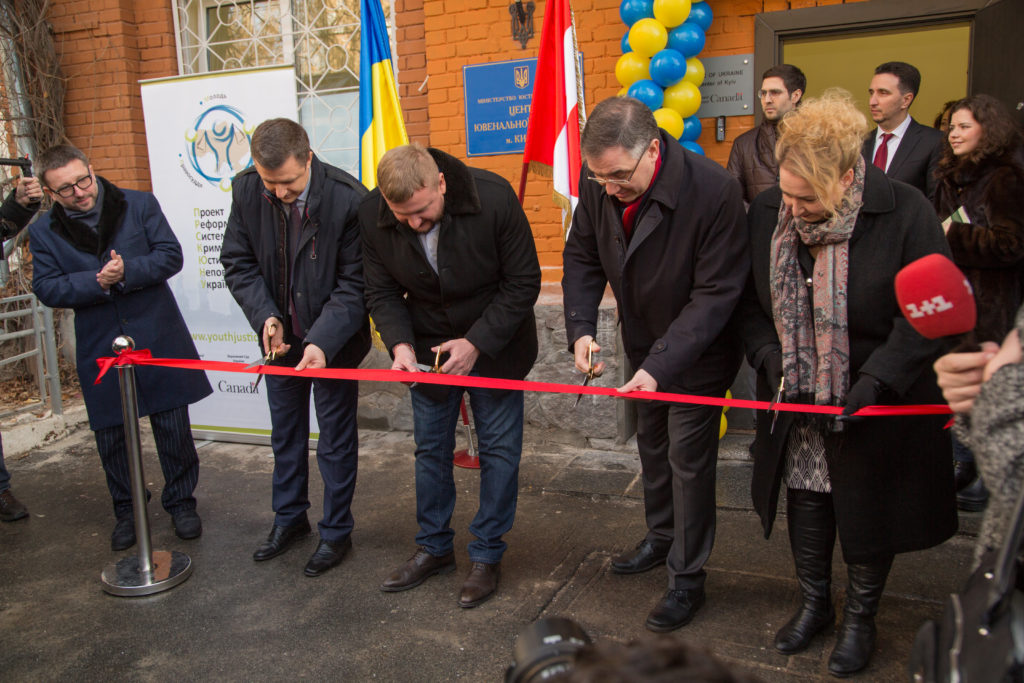 Opening of the first Youth Probation Centre in Kiev

This structure is going to change in the next few months, probation will be transformed from a ministerial department to a stand-alone service that will coordinate and supervise all probation offices across the country (though it will remain under the auspices of the Ministry of Justice) as a reflection of the importance of the service and to address difficulties in the current management structure, which was not sufficiently able to address local realities. The new service has already been created through a decree of the Government of Ukraine. A public institution “Probation Center” will replace the acting Probation Department in April-May of 2018. Although it will require a great deal of effort to transform the existing ministerial department into the stand-alone service, it is expected to improve the organisational management structure and promote better use of financial resources within the system.

In addition to the operational development of probation, the Ministry of Justice has made a great deal of progress on the elaboration of probation for youth specifically, due in great part to a seven-year long investment via the Canadian funded Juvenile Justice Reform Project (UJJRP) implemented during 2010-2017. The UJJRP was responsible for introducing the rehabilitative focus which is now reflected in the law. The project only focused on youth, but introduced the first probation centers that tested probation and which have been absorbed into the national service. Most notably, UJJRP developed the functions of probation, from pre-sentence reports, risk needs assessment, rehabilitative programming based on need and meaningful supervision. Together these elements comprise probation for Ukrainian youth as well as a model for the development of adult probation.

This far, with technical assistance provided by the Canada-funded EDGE project and EU partners, the Ministry of Justice of Ukraine has already developed a roadmap for reforming its penitentiary system and the introduction of a full-scale probation system. It defines long- and short-term goals for the reform and key objectives that need to be achieved by 2021. Some key objectives are:

Despite the legislated mandate and the progress made to date, the lack of financial and technical capacity makes that the Ministry of Justice of Ukraine needs to seek additional support for the reform implementation and development of the probation system. For now, the Ministry of Justice cooperates in  with the EU, Canada, the Netherlands (also take a look here) and Norway.