From 1-3 December 2016 the 4th international scientific-practical conference “Human rights problems of persons in conflict with the law, through the prism of legal reforms” took place in Kiev, Ukraine. The conference attracted much attention from the academic and the state sector, practitioners, national and international experts (Poland, Latvia, Germany, Denmark, Netherlands, Slovakia, and Austria). The co-organisers of the conference were the Institute of Law and postgraduate education of the Ministry of Justice of Ukraine, the National Academy of Legal Sciences of Ukraine, National Academy of Pedagogical Sciences of Ukraine, National Academy of Internal Affairs and NGO “Penitentiary Association of Ukraine”. The conference recommendations contained concrete proposals to public authorities regarding the development of a new penal and probation system as part of a legal reform in the Ukraine. 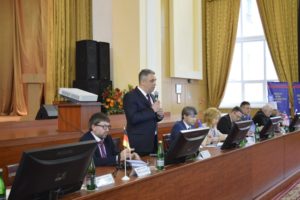 On the first day of the conference, a visit was organised for the foreign delegation to Zhytomyr penitentiary institutions. During the visit the foreign experts had the opportunity to get acquainted with the functioning of different regimes in the penal institutions, prison conditions, prisoner education (secondary, vocational and higher) and employment possibilities in Ukraine.

The 2nd of December 2016 the plenary session of the conference took place. The conference was attended by more than 350 participants. The participants of the conference were also representatives of public and religious associations, oversight commissions, international organisations such as the Confederation of European Probation, the Helsinki Committee of Human Rights, Ukrainian Helsinki Union, The Framework cooperation program of the European Union and the Council of Europe “Further support for prison reform in Ukraine”, as well as the faculty, the students and masters of the Institute of Criminal-Executive Service. Due to the relevance of the topic of the conference representatives of the Ukrainian Parliament, the Administration of the President of Ukraine, Secretariat of the High Council of the Commissioner of Human Rights, Ministry of Justice, the Secretariat of the Constitutional Court of Ukraine, and of the National Council of Security and Defense of Ukraine participated in the conference. 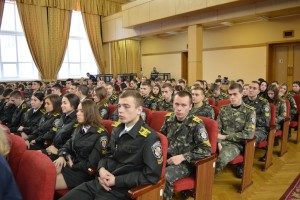 Great scientific potential of international activities is confirmed by the participation in the scientific event of 5 academics, 32 doctors of Sciences and 40 PhD in law, pedagogy, psychology, sociology, philosophy, public administration, and social work, which represented almost 30 leading Ukrainian higher educational and scientific institutions. The conference was opened by Head of the Institute of Criminal-Executive service, General-Major of Internal Service Evgen Barash and the Vice Minister of Justice of Ukraine Denis Chernyshov.

The research materials that were shared with the conference participants are published in the conference proceedings. Relevant scientific publication has collected more than 150 academic theses of scholars, practitioners and public figures from Ukraine and from abroad of a high scientific level.

At the end of the conference guests and participants allowed in the debate once again to focus on the problematic issues of human rights protection of persons, who are in the conflict with law; outcomes of this debate determined the main items of the conference’s Recommendations, which contained concrete proposals to public authorities regarding the development of a new penal and probation system as part of a legal reform in the Ukraine. 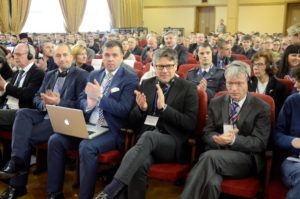