Day in a life of probation officer – Xenia Hermann

Home / Day in a life of probation officer – Xenia Hermann 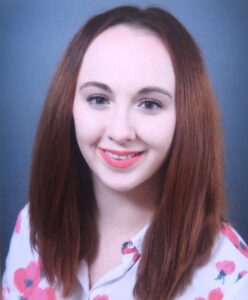 I am a Probation Officer for approximately three years. When I meet new people in my private life, the reactions to this, considering the fact that I am a young woman of 30 years, always look and sound similar. Most people make one certain assumption and have one certain question.

The assumption sounds like this: “This must be a thrilling job! You get to know so many people, so many stories”. The question is always, “Aren’t you scared?”

Let us start with the assumption, which is completely true for me. You can already see it in the range of people I work with:

The age of criminal responsibility in Germany is 14, so the age of my clients ranges from 14 to an open end. The oldest client I have been working with was 72, being on probation for extortionate theft, which sounds more severe than it was in reality – he stole a cable in an electric shop (value: about 10€) and tried to run away when he got caught. I am working with both men and women. I would estimate that about 10% of all my clients are women. Their needs, stories, and reasons to commit crimes are often different from male clients, but in the end, it always depends on the individual story. The offenses, why people are on probation, reach from small crimes like theft or fare evasion to severe crimes like sexual assault, aggravated assault, or murder. Drug cases also play a big role.

When the question “What keeps you motivated in this field?” came up in our supervision group, one of my older and more experienced co-workers answered that she loves the fact that as a Probation Officer, she never reaches the point at which she knows everything and that she is always challenged to learn new things, even after decades of doing her job. This is something I can confirm. There will always be stories or situations, which stay in your mind. When I started my job, one of my first clients was a young girl being addicted to drugs.

The court gave her the instruction to monthly do drug usage screenings. Not knowing how the administrative procedure in our region worked back then, I made an appointment for her. To my surprise, she called me: “I am done with the screening. Are you in the office? Should I bring the cup with my urine now?” Luckily, I could ask my co-workers how this normally works and we were able to solve the question without her bringing the cup to my office and most importantly without me being responsible for delivering this precious sample to the court as a proof that she conscientiously followed the instructions of her probation.

This is one of the funny stories. There are many more which are more tragic. One of them is the story of a young man who was born in 1986. I took his case after his original Probation Officer retired. The probation did not go well, he had many relapses with drugs and committed new crimes due to his addiction. He was sent back to jail and released after one more year. When he came to our first appointment after this year of jail, he was clean and full of plans and ambitions. He wanted to get a higher education degree. I asked him in which field he would like to work in after that. As he was not sure about it, we were reflecting on what he liked doing as a kid, because in these activities you often find your purpose or at least a first direction. He loved working outside and with animals (afterward I asked myself whether the reason was that animals did not disappoint him as humans did). He left. After that appointment I went on vacation for two weeks, it was the summer of 2020.

When I returned, the co-worker of his assisted living called me. He informed me about his death. When he got his check from the employment agency, he got a massive drug relapse and overdosed with heroin. We never got to know whether this happened accidentally in his critical condition or on purpose because he just gave up. He was buried in an anonymous grave in the woods, his mother organized his funeral extraordinarily quickly – because she was in such a big grief, she told us. He always told me that she never cared about him, at least not when he was still alive. He died at 33 years, some weeks before he would have turned 34. This is one of the tragic stories I still remember.

The second question people always ask – the question “Aren’t you scared?” – is quite easy to answer:

I am not scared, because otherwise, I would not be able to do my job. However, I am something else, which is what I think people actually mean by asking this question. I am aware. I focus not only on what people say but also on their gestures and facial expressions. I am susceptive to mood swings in dialogues. I keep the biographies and background stories in mind. There are clients I only invite to appointments when I know that I am not alone in the office. Because in the end, you have to be aware of the characteristics of this field.

Both client and Probation Officer operate in a forced context, which means that both of them cannot simply leave. This comes with challenges, but also brings some positive aspects. Relationships between clients and Probation Officers are professional relationships, but in the end, they are still relationships – sometimes the first ones in their lives in which clients make the experience, that someone is not just leaving or giving up on them.

Therefore, in the end, being a Probation Officer for me means acting in a field full of ambivalences and dualities. Sometimes it is funny. Sometimes it is tragic. However, there is always an impact at least for someone.