Day in a life of probation officer – Katharina Heitz

Home / Day in a life of probation officer – Katharina Heitz 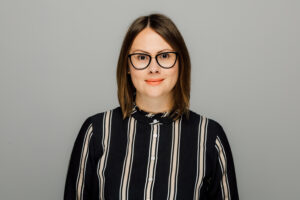 After a few hearings in court, I take the train to the office. Unsuspecting, I walk along the castle park. My office is located in the most beautiful part of the city: the baroque castle. Halfway there, a client sits on a bench. He looks ostentatiously at the ground. When he sees me, he runs toward me and greets me with the words: “I want to go back to prison! Do something!” I invite him to follow me to the office.

Mr. XY served 5 years in prison for a botched robbery. Now another 5-year probation period followed. While in prison, he completed an apprenticeship. The debts, because of which he committed the robbery, have now been rehabilitated with the help of a fund for delinquent people.

He has found a good job and spent his free time with changing girlfriends. Life has been good! But now this: The bank informed him that they wanted to change the terms of termination. Mr. XY understood, often expecting negative things in life: His account has been cancelled. So he went and withdrew the entire sum of €2,000. He put the money in his fanny pack. On the way home, he lost the money…

The job of a German probation officer is to prevent their clients from committing further crimes. How that can be accomplished can only be determined on a case-by-case basis. In particular, the history of criminal behavior, a criminogenic environment as well as criminogenic attitudes play a central role there.

In Mr. XY’s case, however, it was predominantly a matter of coping with frustration and thus negative feelings and solving problems in a socially adequate way. So I offered him to bring letters to me that he did not understand so that we could read and understand them together. He gratefully accepted the offer and did not want to go back to prison after all.