The government of Australia commissioned the Global Center and the International Centre for Counter-Terrorism (ICCT) to prepare a report and accompanying policy brief putting forward guiding principles, recommendations, and considerations for the detention, rehabilitation, and reintegration of juveniles convicted of terrorism and violent extremism offenses. The report ‘Correcting the Course: Advancing Juvenile Justice Principles for Children Convicted of Violent Extremism Offenses’ was published in September this year. Junko Nozawa, legal specialist at the Global Center, tells us about the report and about what moves children to get involved with violent extremism.

The report states that children have always been among the most vulnerable victims of violence and, at times, some of its brutal purveyors. They have played various roles in furthering violent extremism and participating in acts of violence, ranging from inciting propaganda online to carrying out deadly attacks.

“One of the central themes we hit on in this report is that this is a group that precludes easy generalisation. Rather than exceptionalising Juvenile Violent Extremists (JVEOs), management approaches and interventions for their treatment in detention must be grounded in juvenile justice standards”, says Junko Nozawa.

According to Nozawa it is important that interventions are tailored to the individual in accordance with individualised assessments and consistent with the best interest of the child principle. “Unfortunately, this remains the exception rather than the rule in the practice of many jurisdictions.”

In the process of making this report, it was important to obtain basic information about countries’ experiences with and approaches towards Juvenile Violent Extremist Offenders (JVEOs) in the care of the prison and probation services. The researches set up a questionnaire that has been sent out to a network of experts and practitioners. The results gave a good insight in the average number of JVEO’s that countries have to deal with. “The survey indicated that most countries have fewer than 5 JVEOs, usually only 1 or 2 in their care.” This result was of great importance for the rest of their report. “As a result, we draw two important conclusions: (1) that this is not a sufficient sample size to make widespread conclusions or evidence-based recommendations; and (2) we should normalize this offender category rather than exceptionalise these offenders in their detention. Societal bias, sensationalism, and exceptionalism associated with violent extremism should be mitigated as much as possible given the negative effects that these play, especially to children’s rehabilitative potential, and juvenile justice principles should prevail. ”

Junko Nozawa says that young people have always been borne the brunt of violent extremism. In some cases they have been increasingly targeted on for recruitment to extremist organisations. “Young people, boys and girls, have been targeted on account of their unique vulnerabilities and needs, and the strategic advantages that they may provide to violent extremist groups. A recent (2017) report by the Combatting Terrorism Center at West Point presents an overall increase in Boko Haram’s use of children in suicide bombing operations since 2014. Between January and June of 2017, 64.5% of child suicide bombers were girls.”

In countries there can be a lot of factors that contribute to violent extremism. “In countries with large unemployed youth populations, a multitude of factors come together to exacerbate political and economic grievances that can contribute to violent or antisocial behavior. Idleness, pervasive marginalization, a lack of outlet for constructively engaging in socio-political change to address real and perceived wrongs may all lead youth to seek out alternatives offered by violent extremist groups that tap into this widespread anger and frustration.”

The motivations of children to become involved are not so dissimilar as to adults. “However, young people do not have the same level of maturity or perspective that comes with development and experience, a defined sense of identity or purpose that may make them less susceptible to various peer and family influences, as well as ways to assert themselves. Young offenders may also have been forcibly recruited or born into a violent extremist organization.” 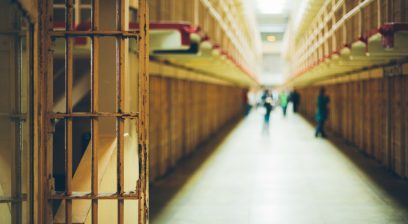 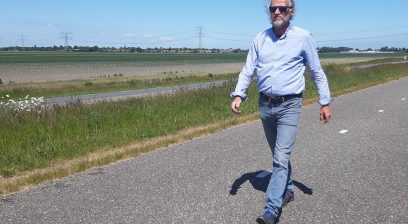