Day in a life of probation officer – Maria Mifsud

Home / Day in a life of probation officer – Maria Mifsud 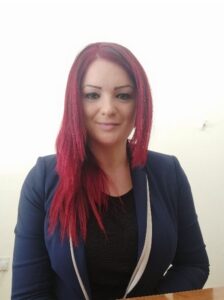 In the vicinity of one of the busiest roads in Malta, is situated the Department of Probation and Parole. The facilities consist of an open plan area where space is rather limited. There you will find my colleagues and I, industriously working on our sixty cases. I, Maria Mifsud happen to be one of the eighteen Probation and Parole Officers.

I have been working in this field for almost eleven years now. My work can be intriguing and exciting, but also saddening, frustrating, and frightening at times. Nonetheless, in the long run, it has proven to be rewarding and fulfilling. All the aforementioned feelings can be potentially felt within the same day, I am not kidding, making my beloved profession somewhat of an emotional rollercoaster. My role as a probation officer keeps me constantly on my toes, as each day can present a new challenge.

The alarm wakes me up in the wee hours of the morning. After I lie in bed squinting in the darkness for a few minutes, I grab a quick shower which gives me a much-needed jolt. This is followed by 10 push-ups and a wholesome breakfast with an obligatory dose of caffeine. I arrive at work at around 6.30 AM and as soon as I sit at my desk my phone starts ringing mercilessly.

This job provides me with a diverse roster where I come across all sorts of criminal cases. It entails that I deal with offenders that have committed all kinds of crimes, some of which are considered petty while others involve brutal and unspeakable acts. I have had the opportunity to thoroughly interview and supervise clients from all walks of life, whether they are minors, adults, or elderly. Other responsibilities involve supporting the court with sentence decisions, writing detailed reports and supervising offenders with a parole license. I go about this potentially risky business on a daily basis with no protection whatsoever. Let’s not forget that this occurs on a small island, where it’s no exaggeration to claim that everyone knows everyone.

For me personally, the task I find most unpredictable is that of conducting home visits. Normally, I do them with Deborah, a colleague of mine. We have each other’s back if someone is troublesome or problematic, especially during difficult and dangerous situations, and we morally support one another. Once we went on a home visit, where a violent family dispute broke out and we ended upright in the middle trying to deescalate the situation. Another time we offered help to a client involved in sex work, who was trying to flee from the clutches of her pimp who exploited her and treated her like his property. There were instances where we had to separate clients from their families or deliver life-altering, heart-breaking news. On one occasion, we were meant to meet two individuals, but instead we were greeted by ten people waiting for us.

Home visits aren’t for everyone, as you have to have guts and be streetwise, especially if you are a woman. One day, while making my way through a spot notorious for its criminal activity, I started getting harassed by a passer-by who had mistaken me for a prostitute. During a conversation, a client of mine started dropping clear hints that he had already done far worse crimes than the ones he was being accused of, crimes involving aggravated battery that had somehow gone under the radar. Another one, whom we met for the first time, greeted us with scars on his face and arms caused by a past knife assault.

The one area that I gravitate to most passionately is young offenders. This passion has led me to further my studies in systemic family psychotherapy. I assess the needs of the juvenile involved in the case and with other professionals determine what is the most suitable rehabilitation programme for them. This client group tends to take up a lot of my time, as I need to patiently coordinate with social workers, youth workers, the psychologist, psychiatrist, school, and family. I tend to involve their families because research shows that by doing so, as well as encourage them to get involved in therapy, is a productive approach to support young offenders. It helps them turn their lives around towards a rehabilitated, productive lifestyle.

Every day I have my agenda planned to a T. However, I might receive that occasional call informing me that I was summoned in court that very same day or that I have to hand in a client report that same week. When a new client is allocated to me, I have to interview victims (no matter the number) as part of the reporting process. Let’s not forget that probably I would already have been lagging behind with work, as there were five other reports down the pipeline to begin with. A probationer might call you out of the blue telling you that he is having suicidal or homicidal thoughts and he cannot resist them and might act on them. Thus, you have to drop everything from your hands and prioritise what is most urgent.

When the day comes to an end, I feel exhausted as all the responsibilities, expectations and deadlines take a toll on me. What keeps my enthusiasm alive and my inner flame going through is my drive to keep myself informed and educated about my field of work. I attend conferences and read studies to help me better support the probationers, parolees, victims, community, and myself. As a result, I am truly engaged with my clients and feel that I can contribute something significant to their lives. A probationer of mine told me during a session, that I give him hope and a boost to keep on fighting in life.