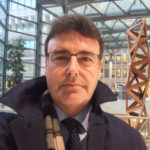 Are probation services in Europe failing foreign offenders? The over-representation of foreign nationals in many European prison services is well known. Estimates are that there are 2.4 times more foreign prisoners than their representation within the general population in Europe. There is no lack of explanations put forward for this situation, mostly conjecture and speculation. What has received limited attention and less action is how much this disproportionality may be down to non-custodial, community based sanctions, not being used as alternatives to prison sentences for foreign offenders. My hypothesis is that foreign offenders do not receive equal access to community sanctions which, if valid, poses important questions and challenges for probation services in Europe to address and rectify.

Data on foreign prisoners and foreign offenders on non-custodial sanctions

Data on prison populations and non-custodial sanctions from CoE Member States in the 2015 SPACE Survey (1) best informs discussion. Their estimate is that there are 150,000 foreign prisoners in Europe, the median being 12.6% of the total prison population, though 23% if using the average between states. There are wide variations between states, for instance Luxembourg with 73.6%, Austria 54.1% and Poland 0.7%, Romania 0.9%. European prisoners serving sentences outside the country of their nationality comprise 34% so that most foreign prisoners hold other, non-European nationalities.

Nationality a factor in sentencing?

What explanations can there be for such apparent discrepancies in sentence outcome by nationality? Is it police targeting combined with discriminatory and deterrent sentencing by courts which contributes to this situation? Is there a misplaced belief that most foreign offenders will be expelled due to immigration status and that community sanctions are not feasible? Unless foreign nationals as a group, commit more serious offences why should nationality be a factor in whether courts impose a custodial or non-custodial sentence? Clearly ‘whole system’ data from arrest, charging to sentence outcome is required to study why nationality appears to be the key factor whether foreign offenders receive non-custodial sentences. SPACE is considering changes to the questions it asks from countries regarding foreign offenders which should improve analysis and learning.

Research in this area is sparse though in 2014, London Probation Trust identified that they were supervising fewer foreign nationals on non-custodial, community based sentences than expected and their Equalities Team undertook a study. It was found that foreign offenders were less likely to have probation sentencing reports requested on them by sentencers and more likely to receive immediate custodial sentences than UK national offenders. Surprisingly, it was found that probation report writers were less likely to recommend non-custodial sanctions on foreign offenders compared with UK national offenders. However, when sentencers did order probation sentencing reports and there was a recommendation for a non-custodial sentence from probation, the nationality of the offender was not a factor in whether the magistrates followed the recommendation.

Such findings indicated the need for various initiatives to ensure equality of access to non-custodial sentences regardless of nationality. Firstly, the need for court probation staff to encourage sentencers to obtain probation sentencing reports on offenders regardless of nationality. Also, additional training for probation report writers to address issues specific to foreign offenders. Concerns and preconceptions of sentencers regarding foreign offenders needed addressing by probation so that they could make non-custodial orders, confident they were feasible and that risks could be realistically and appropriately managed through probation supervision in the community. An interesting finding from the London study, was that an offender’s nationality was not a factor in whether an order was completed successfully or not. This finding ran contrary to a wide spread belief voiced by sentencers and others, that foreign nationals would either abscond due to lack of community ties or not comply with their order.

These London findings may have resonance and applicability for European prison and probation services concerned at the low proportion of foreign offenders on non-custodial sanctions and the gross over-representation of foreign nationals in their prisons.

Low proportions of foreign offenders on non-custodial sanctions – what should and can probation services do?

Should probation services be concerned other than because of equality and morality principles? Prison and probation services should see the utilitarian and business case for reducing the high proportions foreign nationals in their prison population through the provision to courts of effective community based sentences which can adequately and appropriately meet the risk posed by foreign offenders. This is not to minimize that foreign offenders pose particular challenges to probation staff in community supervision where the usual pathways out of offending are unavailable, restricted or ineffective. For instance, certain categories of foreign nationals, because their immigration and residency status, may be ineligible for the range of public services, housing, health, education and training provision available to others due to central or local government policies. Information of criminal convictions from a foreign national’s home country or other European countries, or indeed confirmation that there are none, is the norm rather than the exception and sometimes used as a rationale for non-custodial sanctions being considered.  A foreign offender’s irregular, unsettled or unclear immigration status often creates uncertainty amongst probation staff that they can have a useful role in reducing an offender’s risk of reoffending. Probation staff, unless they possess specific knowledge of the interplay between immigration status and processes and social provision can feel deskilled, anxious and reluctant to engage effectively with foreign national offenders on supervision in the community.

Importance of specialist training for Probation staff on foreign offenders

Staff training is central to ensuring that probation staff are confident when working with foreign national offenders. Foreign nationals are not a homogeneous group and training needs to reflect that diversity. Effective staff training can be undertaken in conjunction with community migrant and refugee organisations with their specialist knowledge and skills as well as with immigration officials providing an understanding of immigration processes and ensuring appropriate inter-agency liaison during supervision. Staff need to be knowledgeable about the relevant EU Criminal Justice Framework Decisions which will increasingly affect offenders.

Probation management have key questions to answer when producing a strategy to better manage foreign national offenders such as;

CEP has long recognised the issues of foreign national offenders and prisoners and seeks to develop and share best practice and policy across Europe. One initiative of the CEP & EuroPris Foreign Nationals in Prison and Probation Expert Group is collating a Good Practice Manual with examples from probation and prison in Europe in working with foreign offenders. The group makes such examples available via the CEP and EuroPris websites. If you have any such examples please send them to nickhammond@europris.org.

(1) The Council of Europe Annual Penal Statistics, better known as SPACE (Statistiques Pénales Annuelles du Conseil de l’Europe), include two related projects. SPACE I provides data on imprisonment and penal institutions in Council of Europe Member States. Information on non-custodial sanctions and measures are collected under the project SPACE II. Data are collected by means of two questionnaires sent every year to the Penitentiary administrations and to the Probation authorities (or equivalent bodies of the Ministries of Justice). Data collection and validation, which involve a multilevel counterchecking of figures, are undertaken at the University of Lausanne.