In relation to the community, especially the European populationat hand, the number of offenders has drastically grown. This phenomenon might be related to the economic downfall due to the recent pandemic of COVID-19, progressing and developing throughout the years and culminating with the ongoing wars happening in our surroundings. These events are in a certain way viewed as a breaking point for many individuals, with or without priors. In every human being, the general uncertainty contributes to a secure amount of panic and anxiety, and as a result, this alarming state develops into overreaction and at certain times, culminates in people turning to felonies, becoming what we know as offenders.

In effect to this, what follows implicates defined institutions, e.g. police, court, probation services, and penitentiaries. My investigations questions the applicability of the legislations in “grey areas” that need to be discussed with regards to the particular case at hand, not just through the filter of paperwork and systematic procedures. This comes in addition to the role of the probation officer guiding and integrating individuals that are often marginalized because of their status as “known offenders”. I am focusing, especially, on the probation services in Romania while also cementing the view of the institution regarding certain international procedures that impact the process of supervision. In addition to this, I am submitting some suggestions about the territorial competency of probation services, in accordance to the supervision of foreign citizens. 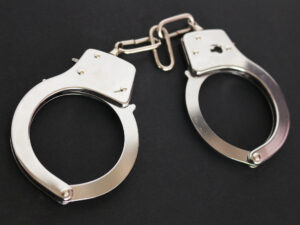 In Romania, the probation system contributes to the attainment of the act of justice, devoted to maintaining the security of the community, integrating the felons, and diminishing the risk of relapse in the offenders. In our country, probation services can be found in every County (42 in total), working in close proximity with the national courts. Addionally, the probation services are inter-connected, performing the specific activity imposed by the legislator under the management of an institution that represents the probation systems on a central level-National Direction of Probation.

In the following article, I would like to address my view of the probation system through the eyes of a newly appointed probation officer in Arad Probation Service since 2021. The first experimental center of probation was designed and tested in Arad in 1997, and as a result, it is the oldest and one of the most experienced probation services in the country, along with other probation services likewise.

The territorial jurisdiction of the probation service 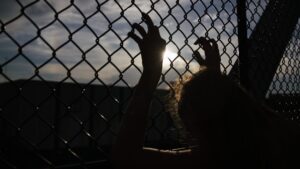 As a West border County, Arad has always been confronted with diverse matters, especially ones that regard crimes that are perpetuated by the close proximity of the border, such as immigrant trafficking, smuggling, human trafficking, or drug trafficking. In a recent survey of the national base of the probation system, in our probation service, there are approximately 60 cases of immigrant trafficking of different kinds. This type of crimes is often associated with the immigrant’s need to escape their territory and settle in a more occidental country. Moreover, there has been an increase in the number of foreign citizens convicted by the Romanian court as they have committed crimes on the territory, being under the country’s jurisdiction. In 2021, in the national probation base, there were 157 cases of human trafficking in Romania, and 109 cases of minor trafficking, with an increase in numbers in comparison to the previous year. In connection with this survey, 310 offenders had a different citizenship than Romanian-because of this, the increase in the numbers is concerning and of greater hardship. [1]

Furthermore, many of the offenders have little to no relation to the country besides passing it on their way to Western Europe. In my work, I encountered a matter that made me question what works and what doesn’t work in our national legislation. Romanian law specifies that the activity of supervision of Romanian offenders is carried out by the probation officer from the probation service in which the offender resides. In regard to the foreign offenders, the situation is not equivalent- the probation service that has the jurisdiction to carry out the supervision is the probation service that resides in the County of the court that issued the judgment. As a result, there is the possibility of having a legal decision issued by a certain court and a supervision process conducted by a probation service from a different County than the County the court lies in. The topic of concern in my praxis came when I encountered a case like this in which the court issued a judgment and determined that 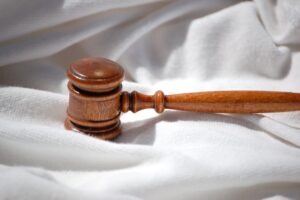 the probation service that must carry out the supervision was a probation service from the other side of the country. This issue was met with a few problems as the offender was a foreign citizen from The Republic of Moldova that resided and worked in his country, having no connection to Romania besides being convicted by a Romanian court. As a result, the probation service that was appointed by the court (Bucuresti Probation Service) transferred the file to the probation service in correlation to the court that convicted the citizen because he was a foreigner that didn’t have a household in Romania. This concerns the discussion because the offender lives approximately 800 km from Arad County and is difficult for him to travel every few months in order to respect the court ruling. The national legislation works up until a certain point-this being taking into account the humane part. While the legislator depicts that in regards to the international procedures of offenders with no household in Romania, the competence is of the probation service that operates in the same jurisdiction as the court that convicted the felon, sometimes this means that an offender must go beyond reasonable limits in order to carry out his sentence.[2] In addition to this, the offender didn’t wish to have his probation file transferred to the Republic of Moldova because the legislation differs from the Romanian one, ergo he risked being sanctioned differently in the country of origin. In my practice, the Moldovan is enlisted in the evidence of Arad Probation Service and must travel 1600 km back and forth, while also missing work and losing money in the process, money that he needs in order to provide for his family.

Suggestions to rectify the limitations and conclusions

I believe that our current legislation works in theory but at certain points, in practice, it comes off as rudimentary and sometimes rigid. My opinion is that, in regards to international procedures, there must be a more efficient way to carry out a sentence, a means to combine the importance of the ruling with its efficacy and the subjective needs of the individual.  The legislative process in many countries is immalleable while it should be striving to be more lenient in regards to exceptional situations. It is my firm belief that in order to assure the supervision of a particular group of people, there must be taken into account all the factors subjective and objective, before coming to a decision regarding the person’s future. In comparison with the Romanian procedures, the rules and regulations provided by other states are a good example of the “know-how” and in consequentia can be used as an inspiration for future legislations. A good example in this sense is the „Intrastate Transfer of Probation Supervision” envisioned by the state of Indiana[3] while the Framework Decision 2008/977/JHA of 27 November 2008 issued by the European Union can provide insight into the international process of inter-state cooperation.[4]

Thus, in this imaginative scenario, the Moldovan citizen wouldn’t be forced to travel 800km (1600 in total until Arad County) for his supervision because the closest probation service to him would be approximately 150 km (300 in total) away(for instance Vaslui Probation Service). Under these circumstances, it would be more effective for the offender and the institutions as the distance makes it less time-consuming for the citizen, ensuring the adequate respect for the court decision and an improved affiliation with the probation officer.

It is my firm belief that in certain situations, the legislation must guarantee an alternative solution to particular events that occur with an individual, while also treating the matter with thoughtfulness and solemnity. The flexibility of a system that approaches outlanders with benevolent intentions ensures the eventual communication between the offender and the institutions correlated. As a result, it facilitates the process of supervision in a way that makes both parties, the probation officer and the offender, reliable and coherent in the prospective liaison.

[1] See the national data base of Romanian probation (SERN) 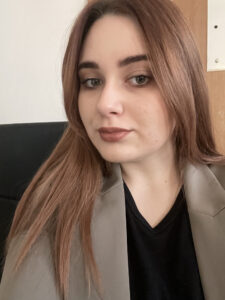 Article was written by