How to handle radicalisation within your organisation: the Belgium experience

Home / How to handle radicalisation within your organisation: the Belgium experience 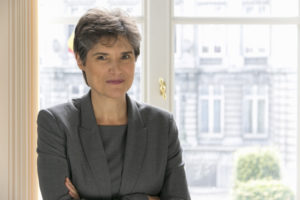 On the 24th of May 2014, Belgium was confronted with a terrorist attack for the first time. The attack on the Jewish Museum was carried out by a Foreign Terrorist Fighter and four people died. Unfortunately this was not the last terrorist attack in the country. Radicalisation is an important issue for the DG Houses of Justice nowadays. We talked to Annie Devos, CEP Vice President and Director of Maison de Justice, about the problems the Houses of Justice have faced and about how they deal with this new issues.

Were the Houses of Justice prepared for terrorists at the time the first attack on the Jewish Museum took place?

We were really not aware of the new “trend” when the attack at the Jewish Museum of Brussels occurred. The theory of the “lone wolf” was prevailing when the French police caught the perpetrator of the attack.  It was a dramatic incident but we could not foresee the huge impact terror attacks would have on the probation services.

What has changed within your organisation after the first attack?

Actually, the government of the Wallonia-Brussels Federation (the French-speaking community of Belgium) decided to create a network within its services to tackle the problem of radicalism in the aftermath of the attacks on “Charlie Hebdo” in Paris.

In fact the biggest change comes from the fact that we have to work with a minority of people mobilising a lot of the attention and resources.

We therefore provide focused information sessions and training to our staff to help them assessing the difficulties and risks emerging from violent extremism (VE) cases. We follow the files up with a particular attention and create tools to get a general and dynamic view on the cases. Our managing teams are more present and supporting to their staff. We however feel that we need to work harder and deeper on the VE cases. We are currently developing a process of information sharing with prison services, in compliance with the legal framework.

We also need to be very open with the probation officers because they have to deal with a new kind of pressure and they are sometimes frightened by the situations they have to follow. The mandating authorities are also more demanding in the way we execute their orders.

What were the biggest challenges for your organisation?

A new service called CAPREV (Centre for the Assistance of People concerned by any Radicalism or Extremism leading to Violence), inherent to the probation services, started out in December 2016 with 17 staff members and fulfills five missions.

The first one is a free phone service, that anyone who is feeling involved in a difficult situation, anyone suspecting signs of radicalisation in a relative/close friend or anyone looking for some support to clarify a specific problem can anonymously call and ask questions.

The second one is the support to the relatives of a person with an identified problem of radicalisation.

The third one is the work with the concerned people themselves, either on a voluntary basis or following a condition in court order. An issue arising from this mission is how confidentiality is handled.  In case of voluntary process, the discussion is confidential. If we are in the frame of the court order we clarify with the offender the boundaries of confidentiality related to the work of probation officers and judicial authorities from the beginning.

The last two missions are the support to professionals dealing with individual situations and the development of an action-research expertise relying on the cases and experiences.

How do the Houses of Justice co-operate?

The core of the probation work is co-operation. It is very important to sustain the motivation of the offenders in our complex societies and to help them bonding, opening doors in very concrete steps like finding training, getting unemployment benefits, healthcare allowances or a social integration income. At a professional level, it means a development of relationships for the probation services both with  the criminal justice system, with other public agencies or with the civil society (non-profits, social partners, mental health institutions, social rehabilitation organisations, etc.).

Again, information is also key in our work and that is why developing a continuum of information with professionals intervening in violent radicalisation files.

Relying on our 20-year old expertise in working with offenders and tackling their issues or the risks inherent to their situations also helps identifying and exchanging good practices or efficient tools with our partners.

What are your expectations for the future?

For the future, we know that some offenders condemned for terrorist offences will go out of prison next year without any guidance, because they chose to serve their prison sentence in full and others will come to the Houses of Justice after their release. With the CAPREV, I hope that we will improve the co-operation, offer an aligned guidance with the probation officers in case of a court order and increase the support to the offenders.

How do you work together with other European countries and what can you recommend to countries where violent extremism has not been a problem yet?

At this moment we work on the individual situations in Belgium and rarely with offenders in other countries.  Thanks to the meetings organised by the CEP, the Council of Europe or the RAN, we have the opportunity to meet colleagues having worked with violent extremists or not. First of all, my recommendation would be to take care of their staff and the difficulties they face. The purpose of violent extremism is to be a threat to the democracy, our way of life and, we, as civil servants, have to do our job as best as we can. Secondly, I think that our work should be improved through co-operation and exchanges of good practice. Finally, we should also be aware and pay attention to the current social movements and evolutions in our society.  My biggest concerns are populism and political polarisation, which are our biggest challenges at the moment.