Final evaluation of the BriSaR Programme: really and empirically “Bringing Safety to the Roads”

Home / Final evaluation of the BriSaR Programme: really and empirically “Bringing Safety to the Roads”

After two years of hard work, on 29th November 2021, the final meeting of the BriSaR project took place in Lisbon. The results of the final evaluation of the treatment programme for road safety offenders developed within the framework of the BriSar project were presented by the researchers of the Loyola University, showing very good outcomes. According to the collected data, the BriSar Road Safety programme produces positive changes in important aspects related to driving, as described later. 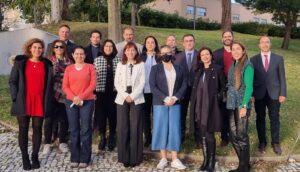 As explained in previous articles, in the framework of the project “Bringing Safety on the Roads” (BriSaR), funded by the Erasmus+ Programme of the European Union and started in September 2019, a treatment program for road safety offenders has been drafted and piloted in three jurisdictions during 2020 and 2021.

BriSaR, a two-year project (extended because of the pandemic until 31st December 2021), has been implemented in a close partnership with six European partners from Romania (European Strategies Consulting – promoter), Portugal (Directorate-General of Reintegration and Prison Services, Aproximar, C.R.L. and Innovative Prison Systems- I.P.S.), Spain (Universidad Loyola Andalucía) and Turkey (Ankara Probation Service). BriSaR project has aimed to enhance road safety in European Union by reducing recidivism among those sentenced for road offences such as drunk driving, speeding, driving without a license, driving an unregistered vehicle etc. Among the main activities of this project to draft and pilot a new road safety programme has been one of the most important results to be achieved.

After a in-depth literature review, a thorough analysis of the Portuguese programme,  and some consultations with experts and road safety offenders in Turkey, Romania and Spain, the road safety programme was drafted at the end of 2020, structured into two main parts: the core part with 16 sessions and the drink and drive part with another 8 sessions (targeting participants sentenced for drink driving).

The core programme includes subjects such as the importance of the rules, understanding the behaviour of road safety offenders, reasons and justifications of the behavior, decision-making process, problem-solving strategies, self-efficacy, risk-taking, peer pressure, cognitive distortions and rationalizations, among others.

The Drink and Drive part is focused on Alcohol and its influence on the body, on driving and on life, understanding the consequence of drinking, how to deal with cravings and urges and, of course, relapse prevention.

In order to implement the programme, a training manual was designed for facilitators and training for the professionals called to deliver the program was carried out in May 2021. The road safety programme has been piloted in Turkey, Romania and Portugal between June to September 2021.

The evaluation designed have been based on three strategies: pre-post-test changes in the above-mentioned dimensions, evaluation of the participant´s satisfaction and facilitator´s adherence to the programme. In this respect, the outcomes of the programme have been measured using the BriSaR Inventory, a test that includes, in line with the indicators to be assessed, sections measuring different forms of aggressive behaviour, self-efficacy, self-esteem, problem-solving, peer pressure and cognitive distortions. The inventory was applied in session 1, session 8 and in session 16 of the core programme.

The initial assumption was that, if scores on aggressive behaviour, self-efficacy, self-esteem, peer-pressure, problem-solving and so on will improve, the probability of recidivism decreases. In addition, participant satisfaction and the facilitator’s adherence to the programme are also important for the success of a programme based on the assumption that perceptions regarding the usefulness of the programme will increase its efficacy.

Despite some methodological limits that should be taken into account (e.g. the size of the sample, the different cultural context, the different levels of risk of the offenders who belong to prison and probation etc.) it can be stated that in general BriSaR programme shows positive results.

As presented in Lisbon by the two researchers of the Loyola University of Seville involved in the BriSar project, Esther Montero Pérez de Tudela and Laura Esteban García, BriSaR programme decreases the use of aggressive driving expressions and negative solving problem strategies and improve self-efficacy in the participants. Some improvements in self-esteem, problem-solving skills, and the management of the peer-pressure have been also noted. In general, cognitive distortions decreased between the first session and the end of the programme in most of the cases, and knowledge of the road safety legislation was also improved. Due to the low number of participants in the drink driving programme, this component was not possible to be evaluated. However, the participants and the facilitators expressed great satisfaction about this component as well. 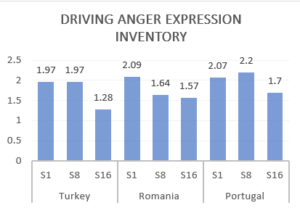 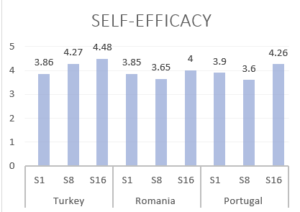 According to the participants and facilitators, the programme was considered complete, practical and recommendable, also interactive, useful, and applicable to real life.

Finally, this programme looks to be adequate for different kinds of offenders (low, medium and high-risk offenders coming from prison or probation): it’s looks that everyone has something to learn from it!