Dealing with crime in ordinary times as in times of crisis: a solution to reduce pre-trial detention?

Home / Dealing with crime in ordinary times as in times of crisis: a solution to reduce pre-trial detention?

Pre-trial detention is an indicator of the propensity of inflicting punishment (i.e., punitiveness) within the criminal justice system in Europe. Legally speaking, detention before trial is an exceptional measure. How could we assess in practice the compliance with this principle? To the best of our knowledge, no clear answer has been brought to this persistent question. However, statistical data, sometimes even partially complete data, make it possible to observe national trends in the use of pre-trial (supervision) measures. Research has also been conducted, some of it funded by the European Union, in order to understand the practices of the different actors involved in these pre-trial measures (police, magistrates but also probation officers and lawyers). The present contribution aims at describing current national trends in the use of pre-trial measures by relying on both types of materials (statistics and research results).

In collaboration with the University of Lausanne, the Council of Europe produces annual statistics on prison populations in Europe, including those awaiting trial. The latest available statistics (updated on 25 March 2020) are encouraging, since over a ten-year period, a decrease in prison population rates has been observed for almost three quarters of the countries for which data are available (i.e., 37 countries out of 50) (Aebi & Tiago 2019: 31-32). However, statistics also continue to show that the European prison population includes a significant number of pre-trial detainees. According to the statistics of the Council of Europe, the European average of detainees not serving a final sentence in the prison population on the 31st January 2019 is 25.9% (ibid., 47-48, Table 8). This percentage broadly varies across countries, ranging from 2.8% in Hungary to more than 40% in countries such as Albania, Luxembourg, the Netherlands, and Switzerland (see also, Aebi & Tiago 2020: 6). In terms of prison capacity, i.e., the number of places allowing (penal) incarceration of individuals, it can be observed that this capacity varies from one country to another, between 8 places for San Marino and 768,363 places available in the Russian Federation. The prison density, i.e., the ratio between the number of inmates and the number of places available in penal institutions, is also quite variable. In this respect, in 2019, 15 out of 49 countries had a prison density of more than 100 inmates per 100 places, Turkey having the highest overcrowding rate, with 122.5 inmates per 100 places. This finding does not mean that all prisons in those countries are overcrowded, but that at least some of them hold more prisoners than they can accommodate. This does not mean however that the overcrowding is systematically caused by remand prisoners. Romania, for example, has a quite low rate of pre-trial detainees (9.3%), but is characterized by a high rate of prison overcrowding (13.1%) and a prison population rate above the European median (106.6 per 100,000 inhabitants). Conversely, the Netherlands has one of the lowest prison population rates (56.4 per 100,000 inhabitants) and, generally, does not have a problem of prison overcrowding (prison density rate of 97.3), nevertheless, it detains a high percentage of remand prisoners (42.6%).

Questions have been raised about the factors that explain the use of pre-trial detention – questions that scientific research has attempted to find answers for. First, contrary to expectations, it has been shown that the use of pre-trial detention does not depend on the evolution of overall crime rates (Aebi et al. 2015; Jonckheere & Maes 2019b). A working hypothesis supported within the framework of the EU-funded DETOUR project suggests moreover that “(…) the countries focusing on preventive aspects in PTD decisions in the tendency have higher pre-trial detainee rates than the others focusing primarily on securing the criminal investigation, the trial and punishment” (Hammerschick et al. 2017: 17). Hidden or extra-legal grounds for pre-trial detention have also been observed in this DETOUR-research, in particular when pre-trial detention is used as ‘short sharp shock’ detention (for deterrent purposes), as an immediate response to crime, as a means to obtain the confession of suspects, to compensate for the supposed non-execution of short prison sentences or for long delays before the execution of sentences, or as an instrument to provide shelter for people who are homeless or in need of (residential) treatment because of drugs abuse. These ‘arguments’ not seldom reflect structural problems encountered by magistrates during their handling of cases.

The use of pre-trial detention in violation of its exceptional nature raises the question of alternative measures that can be used. In many European countries, classically, three types of alternatives exist in national legislation: payment of a (money) bail to guarantee compliance with the procedure (in particular, appearing in court), release under conditions, and electronic monitoring (Jonckheere & Maes 2019a). No statistics are available to compare the use of these measures at the international level, probably because of the many differences between the national legislations (Hammerschick et al. 2017: 9; see nevertheless SPACE II for some indications). For example, in Germany, it is not possible to make use of electronic monitoring before judgment (except in one Land, Hesse). Moreover, the existence of legislation authorizing the granting of so-called alternative measures does not mean that they are (often) used in practice (e.g., see the situation in Austria). And finally, a high level of use of alternative measures does not guarantee a moderate use of pre-trial detention, as the example of Belgium shows. In this country, the overall number of people under supervision in the pre-trial stage has tripled since 1980, due to an increase in pre-trial detention, electronic monitoring as well as the alternative of release under conditions; in 2014, over 6,200 people experienced some kind of ‘judicial supervision’ while awaiting a final sentence, compared to ‘only’ 1,800 suspects in Belgian prisons in 1990, when release under conditions and electronic monitoring did not yet exist (Jonckheere & Maes 2019b). In addition, not only the periods of supervision for suspects released under conditions became longer, but also an increase in the number of conditions imposed on those suspects can be observed (Maes & Jonckheere 2017).

Finally, reducing the pre-trial detention population is not only a question of legislation. While legislative initiatives could have some effect, they then have to be particularly severe, for example by allowing pre-trial detention only for strictly enumerated offences and/or for a limited period of time, or through the introduction of prison quotas (maximum prison capacity for pre-trial detention) (Jonckheere & Maes 2019b). It remains to be seen whether such initiatives could be politically supported. Progress is nevertheless possible, apparently especially in crisis situations. Two recent events in Belgium confirmed how much ‘willingness’ can be shown in this direction in crisis situations: during prison strikes in 2016 (Jonckheere & Maes 2020) and the 2020 COVID-19 health crisis (CCSP 2020; Maes & Nève 2020). Given the potentially deteriorated detention conditions induced by these exceptional events, policies with regard to the use of pre-trial detention by the judiciary seemed to have changed significantly, likely because they were seen as non-compliant with the fundamental rights of detainees awaiting trial.

If it is seemingly ‘easy’ to reduce pre-trial detention during a time of crisis, it begs the question: Why wouldn’t it be feasible to do so in ordinary times? 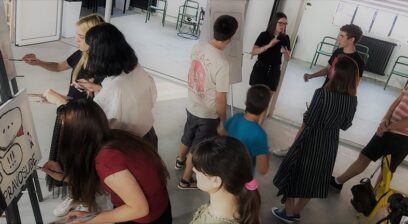 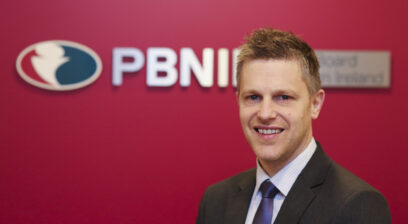