The CEP Study of knowledge of, and attitudes, to mental illness, in European probation services

Home / The CEP Study of knowledge of, and attitudes, to mental illness, in European probation services 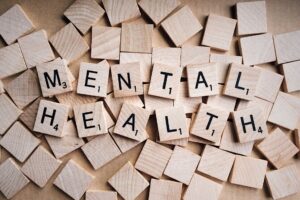 The prevalence of mental health disorders in probation is much higher than in the general population. Indeed, two robust studies have estimated that mental health disorders affect 40% of the probation population (Brooker et al, 2012; Lurigio et al, 2003). Suicide is also more prevalent within probation populations than both prisons and the general population (Philips et al, 2018).  This study in England showed that suicide rates also vary by gender. The rate per 100,000 of the population for men 105 and for women 145 (this compares with respectively 5.6/100,000 and 29.2/100,000 for men and women in the general population). There are, therefore, compelling reasons why probation staff should be able to recognise mental health disorders and refer on appropriately to community-based mental health services or even refer to acute psychiatric care. In one of the prevalence studies cited above (Brooker et al, 2012) the probation records of those identified with a mental health disorder were examined.  The research showed that probation staff recognised 64% of mood disorders; 37% of anxiety disorders; 36% of psychotic disorders and 10% of likely personality disorders. Staff, however, were much better at recognising alcohol and drug use (identifying 88% and 77% of these respectively). Perhaps the especially worrying aspect of these findings is that only one-third of psychosis cases were recognised. It is difficult to know whether these findings would be replicated across the 47 Countries/ Jurisdictions of Europe. However, we do know from recent research in Ireland (Power, 2020) that when asked to make estimates of those people on probation caseloads with a mental health disorder, staff struggle:

Some examples of training initiatives exist, for example, there have been reports of probation staff being trained over five days to make formulations of people with personality disorder (Brown et al, 2018). In the United States a variety of training programmes have been delivered to equip staff for the role of the specialist mental health probation role (Deinse et al, 2021). In a recent systematic review Sirdifield and her colleagues conclude that there should be an imperative to consider training in suicide prevention (Sirdifield et al, 2021):

‘We have argued elsewhere that the lack of training for probation officers in either mental illness or substance misuse means that mental health issues are often missed by offender managers. We strongly suspect that suicidal ideation is hard to identify without specific education in this aspect of mental health We identified that offender managers only recognised 64% of cases with depression and 36% of those with psychotic disorders in a large community random sample of probationers formally identified with a mental health disorder (Brooker et al., 2012).

The project, as described here, was discussed at the last meeting of the CEP mental health sub-group held in Lisbon on April 6th 2022. The group supported the study.

What will happen next? 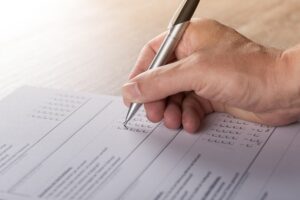 All probation staff across Europe will be asked to complete a ‘knowledge’ and attitudes’ questionnaire. The study will run from September 19th 2022 for four weeks. Each of the participating probation services will be asked to share an online survey prepared by the research team to all staff for completion. An email will be sent out on September 5th 2022 to understand which countries/jurisdictions want to take part. The survey will be anonymous and ask questions about the individual, including length of employment in the service and training, followed by the full set of questions from the mental health literacy scale.  The questionnaires will be in English only so this might restrict some staff’s participation. All data will be held securely on the UK Universities online survey website until the research end date and then downloaded for analysis. A report on the findings will be ready for January 2023.

November/December       Collate the data and analysis 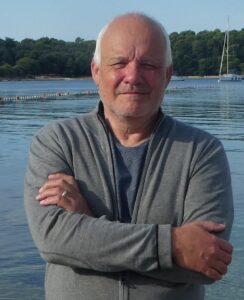 The measures to be employed

Knowledge of, and attitudes to, mental illness will be assessed using the Mental Health Literacy Scale (MHLS) developed by O’Connor and Casey (2015). The scale includes 15 ‘knowledge’ items and 20 ‘attitude’ items. The MHLS was included in a systematic review of mental health literacy scales world-wide. It outperformed most of the 16 other measures that were included in the final review. It was independently assessed to have strong evidence for internal consistency and content validity and moderate evidence for reliability (Wei et al, 2016). The scale can be obtained from Charlie Brooker along with studies of its validity and reliability (Charlie.brooker@rhul.ac.uk)

A short pilot study of ‘interest in participating’ was conducted with the CEP Expert group in Mental Health in July/August. So far, 7/10 countries have indicated interest with a projected sample from this group of approximately 250 probation staff. We are still awaiting replies from a small number of countries.

A series of 8-10 interviews will be conducted after the data have been obtained to ask service managers to comment on how the exercise went and the difference (if any) it made to staff. All managers in the Expert Mental Health Group have said they would participate in this exercise.

In the final report we hope to have a clear picture of knowledge of, and attitudes to mental illness from probation services across Europe. The final report will be produced and reported by CEP early in the New Year. We would be very grateful if you, and your service would agree to participate!