Day in a life of probation officer – Lea Hermann

Home / Day in a life of probation officer – Lea Hermann 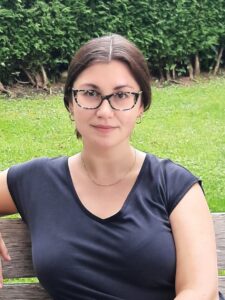 I get to the office around eight, maybe later if I had late appointments the day before.

A cup of coffee in my hands I go over mail and voicemail. “Hi, it´s me. Please call me, it´s super urgent”. Peep, peep, peep, unknown number. All right.

The first client will come in at nine, time to prepare for our first appointment. Reading court decisions often leaves me a bit sad, child to a single mum with substance abuse issues, changing stepfathers who were quick with the belt. Nevertheless, there´s also a laugh here and there. This one robbed a gas station and stole the cashier´s car as a getaway. However, he was nice enough to drive the owner of the car home first so she didn’t have to walk. “Because it was raining”. The poor woman was probably terrified, thinking she was being kidnapped. Still, this somehow touches me.

In he comes, tall guy, about 150 kg I guess. With a surprisingly high voice, he talks about his time in jail – “best time of my life”. For the first time, there were people being nice to him. “No need to worry where to get food or a place to crash. People have the wrong impression about time in prison”, he explains. No need to fear your cellmates, no need to be scared to drop the soap. Lots of drugs though. He stayed away from those, because of his mum. We go over the conditions of his probation. He seems motivated. He´s currently staying at the shelter, has no health insurance, interim funding is gone. We go over lots of papers, get him an appointment at the unemployment agency. The paperwork will take some time. I have the opportunity to help clients out a little if they´re in financial trouble. Fifty euro in cash, won´t solve his problems, but at least he´ll get through the week. I get the money back from some local charitable association for delinquents. He´ll come in again next week, to see how his situation evolves.

I get my documentation done, struggling over my notes here and there. Sandwich? Sunday? Soldier, that’s it. His biological father was a soldier.

The next appointment is one I always look forward to. I´ve known this woman for years, from my former job at a psychiatric hospital. Paranoid schizophrenia, with a kind heart. Seeing her on medication, you can´t imagine the stuff she does when having an episode. She´s been doing well lately, no new charges. She brings me up to speed about her daughter. They met for the first time in twenty years. We´ve been talking about this for a long time. Seems like it went well, they made plans for my client to meet her grandkids.

I have a quick coffee break with my colleagues before heading to court. It´s a beautiful old building, religious paintings on the ceiling. I have quite some time to look at it since my client didn’t show up. I´ve never seen him, he missed all our appointments, never called. The judge and I have a quick chat on how to proceed. He´ll schedule a second hearing, I´ll keep trying to reach the client. When I started this job, those cases annoyed me. Then I realized it´s not my job to be annoyed. I can make an offer, or five, to come in. I can offer assistance if things are tough, can clarify what consequences they might be facing. However, the client has the right to choose if he wants to accept my offer. Seems like this one doesn´t, at least at the moment. Then it´s up to the judge.

I stay in the city for lunch. “Hi, Mrs. Hermann, over here!” It´s a new client of mine, a young teenager, convicted of aggravated assault. Kicked someone in the head “wrestling style” as the judgement states. He´s with his friends, eagerly introducing me to all of them. “This is my probation officer. Meet Basti, Ali and Flo.”
This is unusual, many clients pretend not to see me when we randomly encounter in public. I try not to be sour about it, being on probation is usually not something to be proud of.

After lunch I go back to the office, get some reports done. There´s another client coming in at four, I´m a bit nervous. Our last appointment ended with him shouting at me and me asking him to leave. I´m planning to address that, clearing the air.  I even think of phrases to start the conversation. At the end it´s in vain, he didn’t show up. To tell the truth, I´m even a tad relieved. I´ll call him in the morning.

So, I return to my reports, have a quick chat with my colleagues. Then I turn off the laptop, redirect my phone to voicemail and go home.