Day in a life of probation officer – Banari Corina

Home / Day in a life of probation officer – Banari Corina 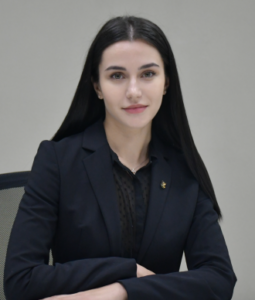 Hello, my name is Banari Corina, I am a probation officer at the probation office in Chisinau, Moldova and I Would like to tell you about how my working day has unfolded today.

At 7:50 I arrived at the office, I checked the list of people who had to show up for meetings and then I checked the files that were to be made ready. For today I had six meetings planned. For each convict I assign about 30 minutes to have the opportunity to talk to him and find out if he is facing any problems – so we have enough time to look for solutions together.  We are currently testing new technologies, such as meeting rooms where online meetings take place. So, at 08:30 the first convict appeared, he went to the meeting cabin where he called me, and I had the discussion with him.

The next convict approached at 09:00 but, after checking his criminal record, I found out that he had committed several offences. That convict came to my office after the online meeting and wrote an explanation as to why those offenses had been committed. This a very important factor for their understanding that they are under supervision and must be responsible. Subsequently, I had a meeting with a convict who had lost his job, and because she was interested in a new job, I wrote a notification to the National Employment Agency.

I think that one of the major advantages of the specialization of the probation office is the fact that each department has its own specific and based on the individualization of punishment – the re-socialization process of convicts is being improved. Thus, until 12:00 I had a meeting with several convicts and depending on the problem they were facing – we tried to find solutions together. After 13:00, I worked with the Casper database where I introduced the information about the meetings and the measures undertaken, later I had an online meeting via. Viber messaging with a convict who is currently undergoing rehabilitation and drug treatment as we hold only online meetings for the first three months. These were the tasks performed during my working day, the activities differ depending on the need, for example, sometimes I visit the homes of the convicts, other days I draw up their probation plan or work with databases, but this was just one day from the job of a probation officer working within the Direction for supervision and complementary punishments of the Chisinau Probation Office.