Trial with 24/7 alcohol monitoring via Alcoholmeter

In January 2017 a trial with the ‘Alcoholmeter’ started in Rotterdam and eastern Netherlands. The Alcoholmeter is an ankle bracelet that measures the wearer’s alcohol consumption. People who have committed criminal offences under the influence of alcohol are being asked to take part in the alcohol monitor trial. The aim is to prevent the person from offending again.

Trial with alcohol monitor as a condition attached to suspended sentences Someone who has committed one or more criminal offences under the influence of alcohol may be given a suspended sentence with conditions attached. One such condition may be a temporary ban on consuming alcohol. The Alcoholmeter must be used in combination with supervised probation to monitor compliance with this ban. 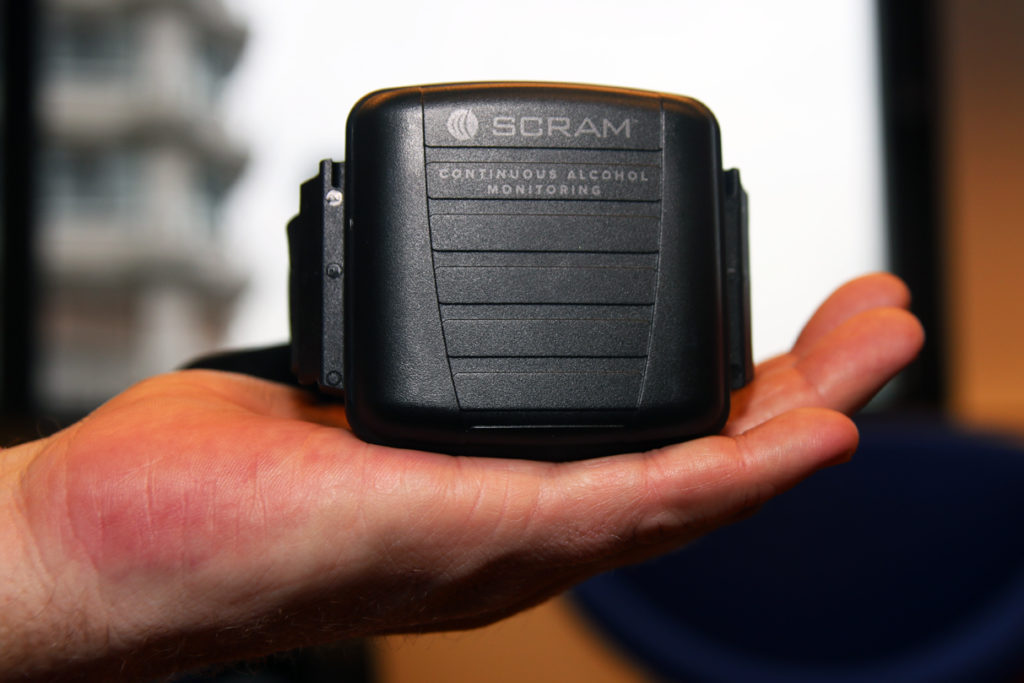 Aim of the trial

The aim of the trial is to determine whether the Alcoholmeter is an appropriate sanction and whether it is effective in combination with professional counselling. The research team will assess whether the monitor has an effect on offenders’ alcohol consumption and behaviour. The monitor is being tested on 100 participants who have been given an alcohol ban. Participation is voluntary.

The Probation service will be using the Alcoholmeter in addition to the current breath-, blood- or urinetests. Offenders wearing Alcoholmeters will be supervised by probation officers for compliance with their alcohol ban. The Probation Service receives readings once a day via a modem at the wearer’s house. The advantage of the Alcoholmeter is that offenders will no longer have to go to the Probation Service for testing three times a week. Continuous monitoring can also help offenders overcome their alcohol problem. If the trial is successful, the government will consider introducing legislation on its use.

Reducing alcohol-related crime Alcohol abuse often plays a significant role in violent crime. The government is taking targeted measures to reduce the number of violent criminal offences. Attaching special conditions such as an alcohol ban to suspended sentences can help prevent alcohol-related violence and other offences.

The alcohol monitor has already proven successful in the United States and the United Kingdom: 78% of participants in the US and 92% in the UK completed the programme without consuming alcohol. So the Dutch government wants to investigate whether the alcohol-monitoring ankle bracelet can be used in the Netherlands too.

The Ministry of Security and Justice, Verslavingsreclassering GGZ (SVG, non-profit community rehabilitation and probation service), Reclassering Nederland, Leger des Heils and the Public Prosecution Service are all involved in the trial.

Violence under the influence of alcohol In the Netherlands 25% to 50% of violence is linked to alcohol consumption. Excessive drinking often plays a role in: vandalism; violence in the night-time economy; street violence; football hooliganism; and domestic violence. Alcohol abuse costs society more than €3 billion a year.

More information If you have any questions about the trial with the Alcoholmeter you can contact the SVG project manager Anne Hoeksema via a.hoeksema@svg.reclassering.nl or +31614187199 and check for more information: www.svg.nl