Founding and history of CEP

Home / Founding and history of CEP

In November 1980, at the initiative of Dutch and German Probation organisations, representatives from 14 countries met at the Reisenburg Castle near Ulm in Germany with the idea of promoting cooperation in Probation work through some form of permanent organisation rather than the more ad hoc arrangements of the time. The main reason for this initiative was the discovery of the fact that there were over 500 Dutch inmates abroad, which led to the setting up of a special group to help these citizens in foreign prisons. Subsequently the group discovered that the other way around the situation was the same: there were a few thousand foreign nationals in Dutch prisons. These findings became the sign that European cooperation was pivotal and that for this purpose a European organization needed to be created.

The delegates at the Ulm meeting agreed to meet once again one year later to finalize the structure and format for this new entity which would become the CEP – official name Conference Européenne de la Probation. The French Minister of Justice Monsieur Badinter had proposed that his Ministry would host this important event at the Abbaye de Royaumont near Paris on 25-27th November 1981. The CEP Founding Conference at Royaumont was attended by delegates from 14 Member States but represented a greater number of jurisdictions and still more probation organisations; some were government departments some third sector and some private organisations – already the complexity and diversity of how Probation was organised and delivered in Europe was becoming apparent. 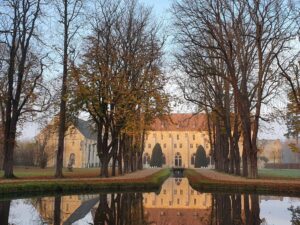 1981 Royaumont Conference was able to hear about some quite remarkable progress achieved by the organisers during theyear preceding the event which helped to ensure its success. Firstly, 2500 copies of a manual of European Probation covering principles and practice in different jurisdictions had been produced and printed in English, French and German. There was a plea from the embryonic secretariat to delegates to market and sell on the unsold copies which represented a considerable financial risk for the fledgling organisation. The second achievement was that an international seminar on the treatment of Foreign Offenders had been held in Vienna. The seminar had been supported by both the Austrian Government and the Austrian Association for Probation Work and had also been successful in securing financial support from the Council of Europe; again a good result for a fledgling organisation and perhaps showing how strong the demand was for a European Probation Organisation.

Towards a permanent organization

The Conference aim then, was to discuss, develop and agree a way forward for a permanent organisation. Funding was clearly a matter to be resolved. There was an appeal for more contributions for the Royaumont event. The 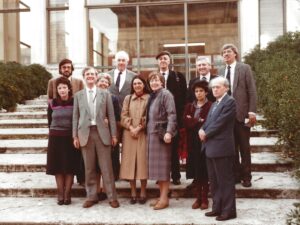 Conference had been able to proceed due to generous pledges from the French and German governments with the Netherlands agreeing to underwrite up to 50% of the total costs. Nonetheless the organisers welcomed all jurisdictions who wished to attend regardless of whether they had been able to contribute to the costs or not, in a pragmatic recognition that the prize of establishing an enduring organisation was more important than the short term financial pressures.  The Conference was clearly a success with the detailed Statute establishing the CEP complete with budget, subscription rates and the first President and Board members being dated February 1982. It was “a tough assignment” for the Secretariat in the Netherlands and their lawyers to get everything through and finalized. The documents that were shared and presented at the Conference recognised the diversity and complexity of delivering Probation work throughout Europe and it was possible to join as an “Active” or as an “Associate” member, the latter category arising as not all organisations felt they could commit to full membership without lengthy government enquiry and negotiation.

Membership fees were linked to population size and organisation type. Individual membership was also available. What became clear from the early documents and the recollections of those involved is that the networking and social side of the Conference were a success and this continued into the events and meetings of the following years. Given that in the 1980s international travel was not frequent and quite expensive, plus the fact that of course there was no internet or social media, CEP meetings were an important way for colleagues to learn from each other and to share experiences. The organisation grew with 17 countries being members by the 1983 Windsor conference and consultative status with the Council of Europe being achieved by 1985. General Assemblies took place every three years with 10 additional CEP events being hosted by 1995 as well as a number of other seminars and conferences organised by member jurisdictions. All events were translated into the three official languages of CEP: English, French and German.

The subject matters considered included a continued interest in foreign national offenders – a common and big concern for all jurisdictions at that time, along with developing alternatives to custodial sentencing, improving practice and discussion about establishing minimum standards for non-custodial sanctions through the Council of Europe. This latter activity led to the CoE issuing a recommendation to member states in 1992. It was clear that CEP had quickly established itself as a professional and influential body within Europe and a centre of expertise for Probation and prisoner rehabilitation. 1989 and 1990 were significant years for Europe with the wave of democratic revolutions in the former Eastern bloc and subsequent elections of reform minded governments. Before long CEP was inviting observers from these jurisdictions to CEP events and subsequently CEP delegations visited these countries in turn, offering advice and expertise in developing Probation Services. 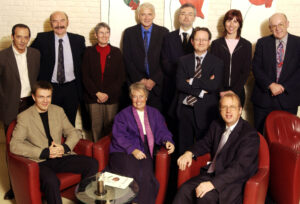 The Romanian Ministry of Justice joined CEP in 1999, a full two years before establishing its own National Probation Service in 2001. The Ministry was determined that the new service should reflect the values and the standards laid out in the Council of Europe Probation Rules and benchmark their standards against them. CEP was instrumental in assisting the new service to move from a pilot project to a national service. Also the Baltic States (Estonia, Latvia Lithuania) were hungry to learn from the more developed services of Western and Nordic Europe and enthusiastically attended CEP events to find answers to Probation related questions. These young Probation Services have developed and in turn now contribute to the European knowledge base on Probation, resettlement and restorative justice with the more established services learning from them, as well as contributing to Governance through Board membership.

The CEP 25th Anniversary, celebrated in Jersey, was a next important milestone for the development of the organization. Like all anniversaries it was an opportunity to reflect and there was a mandate given to the Board by members to further professionalise, and to become financially self-sustaining. At the request of the Board a “business case for growth” was prepared by Mr. Sjef van Gennip (Director General of the Dutch Probation Service) and presented and agreed at the Talinn General Assembly in 2007. 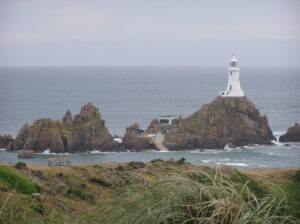 It recognised the opportunities presented by an enlarged Europe and the emerging evidence base that Probation was effective and recommended an expansion of the secretariat and improving information exchange between members. The budget approved for the following years necessitated a change to the CEP statutes and contributions became based on the relative wealth of the CEP member jurisdiction rather than simply the size of their population.

Seeking and applying for Operating Grants from the European Commission also began during that period. These changes allowed CEP to become financially independent of the Dutch Probation Service for the first time, and also recruit to three additional posts in the Secretariat. This investment in resources paid off with CEP becoming increasingly active in a number of areas. One area was working on the promotion and implementation of the EU Framework Decisions around mutual recognition of non-custodial sanctions and alternatives to pre-trial detention.

There was the 2010 CoE Recommendation on Probation Rules building on the 1992 recommendation, and the establishment of the SPACE statistical data collection. A significant new workstream concerned the evidence base for and implementation of Electronic Monitoring as a relevant and very functional new alternative to detention.

The importance of developing links with Academia and Universities all over Europe to facilitate the transfer of research into practice was recognised and improved. CEP was involved in the founding of EuroPris (the European organization for prison and correctional services), the Criminal Justice Platform Europe (joint network for CEP, EuroPris and the European Forum for Restorative Justice), and also became increasingly involved in developing practitioner skills through the organization of various trainings and Summer Courses.

Both inside and outside of Europe there are affiliation arrangements with other organizations in the field: APPA and NAPE in North America ; PACCOA in Australia ; EuroPris, EFUS and PRI in Europe.

It is hard to imagine Probation work in Europe without CEP. In many jurisdictions Probation Services act as a form of bridge and facilitator for their Criminal Justice Systems, and CEP does this at a European level. It also continues to provide a comprehensive knowledge base for practitioners, directors and policy makers via its website and publications.