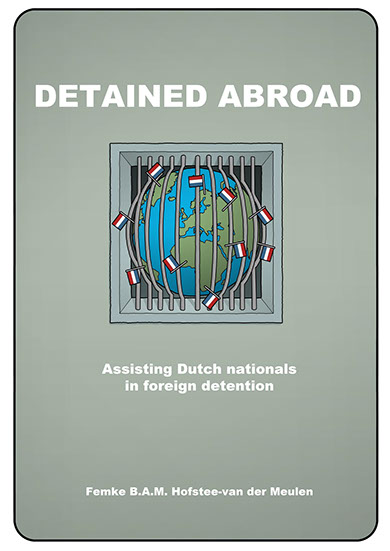 In recent decades prison populations have become less homogeneous. Statistic reveal that foreign national prisoners (FNPs) are detained practically everywhere in the world and very often in relatively
large numbers This is particularly true for countries in the European Union (EU), where on average nearly one in every five prisoners is a foreigner.

FNPs encounter multiple difficulites and distance from their families. In practice, prison authorities are often not aware of the problems FNPs face, and they do not address their special needs. As a result, FNPs often feel socially excluded and are unable to exercise their rights. One of their rights is to receive consular assistance from consular staff from their country of origin. In practice only a few countries provide consular assistance to their nationals in foreign detention. One of these countries is the Netherlands.

This study provides insight into the consular assistance as received by Dutch FNPs. The support is provided by the Ministry of Foreign Affairs in cooperation with the International Office of the Dutch Probation Service and the religious organisation Epafras. For the past three decades Dutch FNPs have been visited by representatives of these organisations on a voluntary basis. This practice is unique in the world and had never been evaluated. This study measures the impact of the assistance given by the Netherlands on the detention experience of Duch FNPs, their special needs and resttlement. The research is based on questionnares received from 584 prisoners detained in 54 countries and over 140 interviews with prisoners, former prisoners, relatives, consular staff and staff and volunteers of the International Office of the Dutch Probation Service and Epafras.

For more information and order details of the book/e-pub, please visit the website of Prison Watch.