The important role and standing that CEP has achieved is a particular tribute to the vision, energy and commitment of the people who established it and led its early development. In recognition of  their invaluable contribution to the development of CEP from the beginning, as the European network and organisation for probation organisations and interests, CEP appointed Breidge Gadd and Jurgen Mutz as its Patrons. CEP Patronship stands for acknowledgement and appreciation of particular and personal commitment and actions for CEP, over many years. 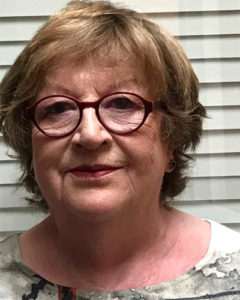 Breidge Gadd was involved in social and probation work in her full time professional career
She was Chief Probation Officer for the Northern Ireland Probation Board from 1986 until 2000.
Breidge attended the inaugural meeting of the CEP in 1981 in Paris and served on the CEP Board. In 1993 she and her colleague from Southern Ireland hosted a joint split General Assembly in Belfast and Dublin.
Breidge also attended the Council of Europe Committees concerned with Community sanctions during the 1990s on behalf of the CEP.
After leaving the Probation Service, as well as involvement in voluntary organisations, Breidge chaired a public committee which allocated lottery funding to innovative community, education and health projects.
She was also a Board member of the Legal aid Committee and the Judicial Appointments Commission.
She was a weekly columnist on a Northern Irish newspaper and commentator on justice matters in the media 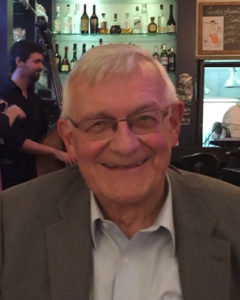 I’m not a social worker or a probation officer. I’m not a psychologist or a sociologist. I have studied law. In the course of my career I became a prosecutor, a judge, a governor of a prison for young offenders and president of a district court.
Working with offenders and dealing with criminal behaviour, I soon realised that in many cases punishment and imprisonment are not the appropriate tools to put people on the right path and to qualify for a legal, socially accepted life. There was a need for more alternatives of dealing with delinquent behaviour.
To cut a long story short: I became aware of the importance of probation, community sanctions, victim-offender reconciliation and   community participation. I decided, in addition to my professional duties, to contribute to these alternatives. I joined a local, then a regional and then a federal private organisation for probation and aftercare. And being conscious that offending does not stop at national borders, I started to take a look at the situation in other European countries. I wanted to gather information, to learn and to exchange experience. This was the beginning of my commitment to a European meeting or conference, as we then called it.
I became one of the obstetricians of CEP. And later on: willing to take responsibility and with gratitude I accepted the election and re-election as President and then as Secretary General.
It was an inspiring wonderful time to play an active part in CEP affairs. It was great to meet and work together with committed experts coming from all over Europe, some of them have become my friends.