Yellow Ribbon Run Prague: a run for reintegration of ex-offenders

Honza spent three years in prison. After his release he wanted to close the door to his criminal past. Together with his mom, he decided to join the Yellow Ribbon Run to open the door to a better future. The Czech Probation Service organises the Yellow Ribbon Run to raise awareness for the difficult employability of ex-offenders and their struggle with reintegration back into society. Last year was a great success and at the moment they are looking for runners for this years edition!

The Czech Probation Service wants to offer ex-offenders and their families a second chance for a good life, help them find a job, contribute to the protection of society and crime victims, and build a way from the strict punishment towards the acceptance of guilt and responsibility up to the forgiveness and real freedom. 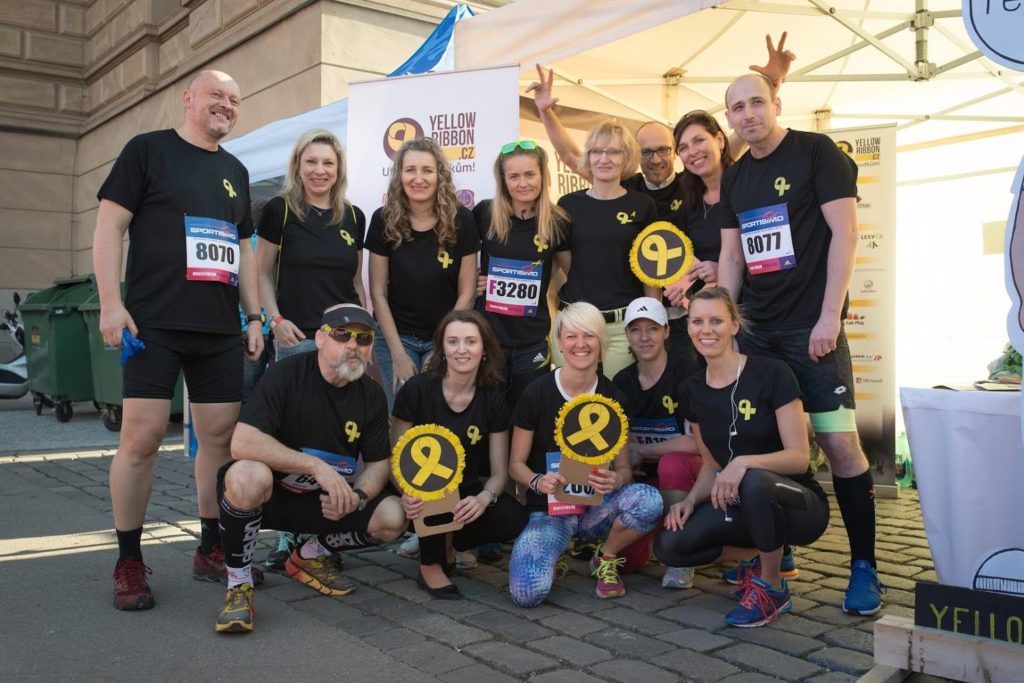 History of the Yellow Ribbon Run

The Yellow Ribbon Run Project was first launched in Singapore in 2004 by the Community Action for the Rehabilitation of Ex-Offenders (CARE) Network. The idea of organising a Yellow Ribbon Run was brought to the Czech Republic by Gabriela Slováková, Director of Světlá nad Sázavou Women´s Prison.

‘Tie a Yellow Ribbon Round the Old Oak Tree’

The Yellow Ribbon Run was inspired by a popular song ‘Tie a Yellow Ribbon Round the Old Oak Tree’ by Tony Orlando. The song describes a story of an ex-offender asking his wife to show forgiveness by tying a yellow ribbon around the oak tree. He eventually finds the city square decorated with more than a hundred yellow ribbons. The yellow ribbon became the symbol of the campaign helping to reintegrate ex-offenders back into society.

In 2017, there were 400 runners and 34 organisations involved, 19 prisoners and 17 ex-offenders joined the run. We helped to create 290 jobs for prisoners and 93 jobs for ex-offenders. The 2017 Yellow Ribbon Run was supported by a famous Czech paralympic athlete, Mr Jiří Ježek, and the Secretary of State, Mr Robert Pelikán, who is going to run again this year.

Get registered and run!

You, your friends, family or colleagues, everyone can run. Are you afraid that 21km or 42km is too much? Join the 4 x 5km relay. Form a team and make the Yellow Ribbon Running your personal running challenge. Do you want to raise money for your team? Launch a fundraising campaing. Do you just want to help? You can also support the runners and donate money