In the Netherlands, the Probation Service is experimenting with virtual reality in relation to domestic violence. The project ‘Don’t forget me’ shows offenders what impact their actions have on their victims, in this case their children.

You are a seven year old child that is standing in his bedroom. There are some toys on the floor and next to you, you see the little crib where your baby sister is sleeping in. Downstairs your father comes home and your mother immediately starts arguing with him. “Why are you so late? You are always late. I have to do everything myself at home.” “Of course I am late from work. I get nothing but bullshit here.” He walks upstairs, past the half open door of your bedroom, followed by your mother. They continue to argue: “I am leaving you and I am taking the children with me.” “If you do that, I will smash your head in.” You hear the sound of breaking glass and your sister starts to cry. Then your mother appears in the door opening and looks at you. “Daddy and mummy are just having a fight, darling.

You get a tap on your shoulder, your real shoulder. The guide helps you to take off your virtual reality glasses. And there you are, standing in the real world again. It was only three minutes ago that the VR experience started. “How did it feel?”, asks Alex Tavassoli, developer and founder of Enliven Media, a Dutch company that develops VR experiences on social topics.

The first VR glasses were developed in 2013. “At that time I had just finished my education as a game developer. I immediately thought: how can this new technique be used to tackle social problems? In my youth I had to cope with some domestic violence. My parents had quite a lot of fights. I was always listening carefully. What are they saying? What is the problem this time? After reading about the possibilities of virtual reality, I came across an article on domestic violence. It was then that I realised that VR could possibly offer a new perspective on this matter. I started writing down the concept of a virtual reality experience that would make clear how it feels for children when their parents are fighting.”

The start of ‘Don’t forget about me’

The Dutch Ministry of Justice and Security was interested in a prototype. Alex Tavassoli: “We started our project at the end of 2015 on a rather small budget. We didn’t want to make a 360 degrees video. That is much cheaper than virtual reality. You don’t have to build the VR world, you just hire some actors and film them in the right setting. The downside of 360 degrees video is that interaction is not possible. As a participant you can’t change the scenario. The Ministry said: if we are doing this, we are going to do it right. They chose for virtual reality very consciously.” 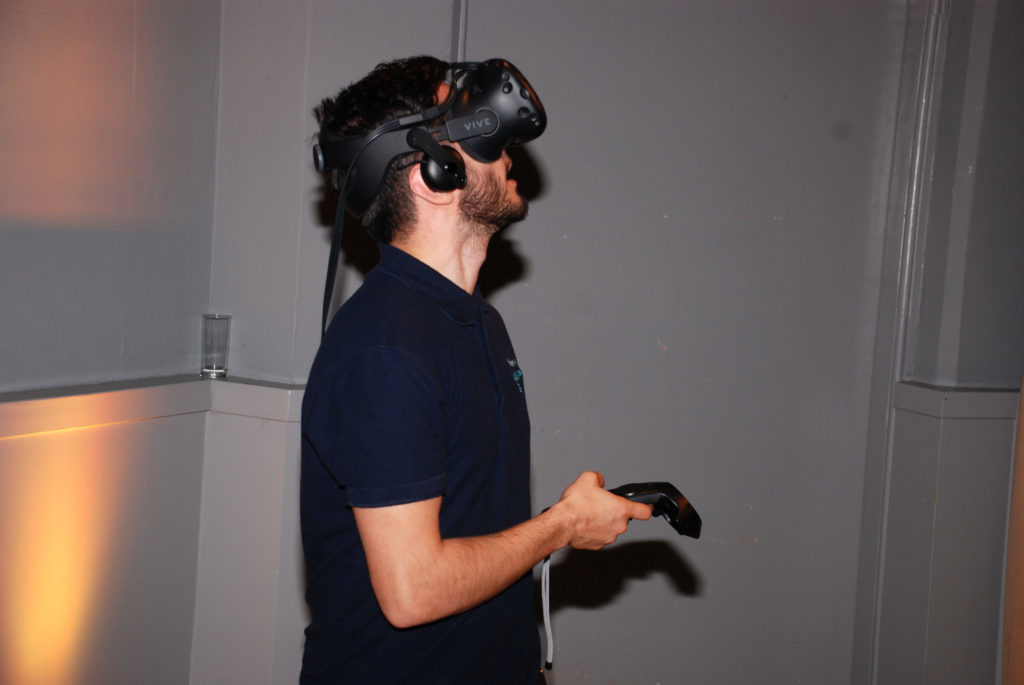 Trying out the virtual reality experience ‘Don’t forget me’

The Dutch Probation Service is enthusiastic about the project. “We first wanted to test it mainly on our clients”, says Jolanda Mooij, trainer, coach and policy officer at the Dutch Probation Service. “Is it suitable for our clients? Are they willing to participate? Does it lead to better results? So far our experiences are all quite positive. One of our partner organisations, that specialises in the treatment of perpetrators of domestic violence, has also participated in the test. They were positive as well. Because of the VR experience many offenders suddenly realise what impact their behaviour has on their own children. This gives probation officers the possibility to discuss different topics than before, or start the conversation at all. Having a discussions will lead to better treatment and hopefully to better results.” 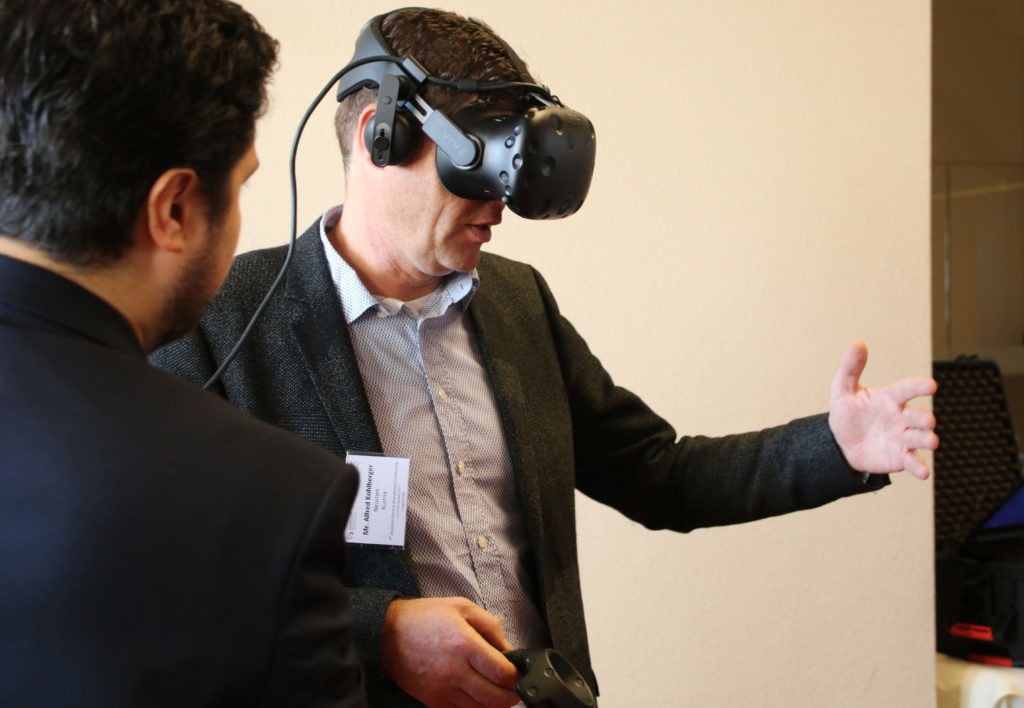 Participants of the 7th Conference for Directors General in Probation try out the virtual reality experience.

Developer Alex Tavassoli nods when Jolanda Mooij mentions the opening to discuss different topics. “I have seen that happening as well, since I was present at all the tests. I remember a very tough guy. Treatment was going nowhere, because he was not really talking to his probation officer or even listening to her. He participated in the VR experience. When he took his glasses off, he had tears in his eyes. Then he started to talk about the domestic violence that he experienced as a child. That was the start of a real and meaningful conversation between the probation officer and this offender. Another example: a man who had shown little remorse and no interest in the treatment. ‘Parents do have fights, that is normal’, was basically all he said. After the VR experience he was kind of in shock and said: ‘I had no idea a fight could have such an impact on a child.’ I also remember a mother that used to hit her children. She was so gripped by the experience that she tried to comfort the virtual baby sister and eventually she was so impressed that she just sat down on the floor.”

If the evaluation of the test, that is carried out by the Dutch Probation Service at this moment, is positive They want to expand their virtual reality programme with other topics. “Anger management, for instance”, says Jolanda Mooij. “You can place somebody in a virtual pub and then simulate the beginning of a possible fight. How does the client react? How can the way he reacts be used in the therapy to prevent recidivism? We certainly also want to use VR in the training of new probation officers and also in the training of probation officers that have been working with offenders for a while. We are also discussing to set up projects for clients in prison. So they can meditate in a virtual forest or on a virtual beach, for example. That can have a healing effect and provide them with a more positive attitude by the time they leave prison.” Alex Tavessoli looks quite happy when these kinds of future scenarios are being discussed. He has future plans as well. “We want to translate our VR experience into English, Spanish, Turkish, Moroccan and Arabic. That would increase the amount of people that can benefit from our projects enormously.”