The Victims’ Rights Directive: the perspective of the European Commission

Home / The Victims’ Rights Directive: the perspective of the European Commission

At November 16th 2015 all EU Member States should have implemented the European Victim’s Rights Directive into national law. They must also have notified to the European Commission national measures transposing the EU rules. These notifications land on the desk of legal officer Katarzyna Janicka-Pawlowska. CEP asked her for an update a few weeks after the deadline.

How big is the pile of notifications on your desk? 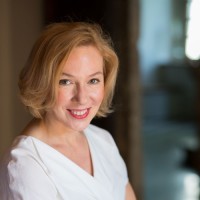 “Not as big as it should be. From the 27 Member States (Denmark has opted out) eight notified us that they had completely transposed the Directive into national law. Eight others reported partial transposition. In a legal sense that doesn’t count. But of course it does show that these countries are working towards complete transposition. We also know that there are other countries that are now busy adopting new laws transposing the Directive. On the whole, Member States agree that victims’ rights are important within the EU. The negotiation process between Commission, Council and the European Parliament took only eighteen months. That is very short for such a comprehensive piece of European legislation. It shows that there was – and is – a broad consensus on this topic, while building on existing European Union law on victim’s rights. In 2001 the Council adopted the Framework Decision on the standing of victims in criminal proceedings. Evaluation showed that it didn’t function as is should, mainly because of rather vague language and that the Commission had no power to enforce the framework. That is why the Commission tabled the Victims’ Rights Directive in 2011, since we have new enforcement powers in criminal justice matters under the Lisbon Treaty, that entered into force in 2009.”

What happens to countries that did not meet the deadline?

Is it so difficult to implement the Victims’ Rights Directive into national law?

“It certainly is. The Victims’ Rights Directive is a very complex piece of legislation. It   strengthens the position of victims in the national criminal justice systems. It is up to the Member States how this should be done. Many countries had to amend their existing criminal procedural codes and adopt new legislations. This is a lot of work. The laws must pass by national parliaments and that takes time. And don’t forget, adapting legislation is not enough. The Member States must not only transpose the Directive into national law, they must also adopt the necessary supporting measures to ensure that these laws work in practice and provide necessary funding. It is not enough to strengthen the position of victims within the criminal justice system on paper. Its functioning must be ensured in practice.”

How did the Member States implement the Directive?

“That varies from one country to another. Member States have different criminal justice systems. The role of victim in criminal justice system also varies largerely from one country to another. Probably the biggest difference is between the countries with a continental system and the common-law countries. Also the approach to victims’ support differs from one country to another. There are countries that have a long tradition of supporting victims. In some of these countries NGOs took that role upon them, funded by the state or not. In other Member States, victims’ support was organised by the government itself. In short, the situation that existed in different Member States before the Directive was introduced influenced how the Directive has been implemented there.”

“Yes, very much so. The Commission has an important role in enforcing the European law.We start procedures that can ultimately lead to fines being imposed by the Court. But this is not our objective. Our objective is to have the agreed victims’ rights implemented and applied everywhere in Europe. We know that some Member States have difficulties in implementing the Directive. The Victims’ Rights Directive gives a big margin of discretion on how to implement some complex provisions. It may not be so obvious how to do that. So we give advice to Member States. We organise expert meetings. We have issued a Guidance document on implementation of the Directive.

Also we cooperate with the civil society, not in the least with Victims’ Support Europe and CEP. The civil society plays a very important role in supporting victims and in monitoring the application of the Directive. We also support the civil society via grants that finance different projects in the area of victims’ rights.”

Can you give an example of best practice of implementation of victims’ rights?

“Individual assessment of victims’ needs is one of the most challenging and important provisions of the Victims’ Rights Directive. According to the Directive, the Member States must evaluate the needs of every victim with the aim of identifying the most vulnerable ones and protecting them from further victimsation. It is interesting to see how the countries gathered around the EVVI-project (Evaluation of Victims) dealt with this issue. The project was led by France and regrouped partners from the UK, Poland, Portugal and Spain. It resulted in some concrete solutions, including amendements to the French law. The results of the project can be useful for many countries, because they give guideliens on how to organize individual assessment and what questions can be asked by whom.”

Can you give another example?

“The EVVI project was financed by the Commission’s grant under the Justice Programme, but there are many examples of best practice that are not funded by us. In the Netherlands, for example, there is an interesting example of sharing the victims’ awareness in probation. The so-called ‘ambassadors’, who have been selected among the most dedicated of the trained probation officers, ensure that the needs of victims remain in focus. These ‘ambassadors’ organise local expert groups of knowledge on victims’ rights. They also help their colleagues if they have questions regarding victims in their day-to-day work. Such method of training and sensibilisation about the victims’ rights can be used for training of other professionals who have contacts with victims.  Effective training on victims’ needs is at the core of realising what the Victims’ Rights Directive is all about.”

Has the Directive already changed the life of victims?

“It’s too early to talk about that now. But the Victims’ Rights Directive has a great potential of doing that. This will not happen in one day. The first visibile change is in the legislation. This is what happens now. We expect that this legislation will not be a dead letter of law. The Directive provides for a set of binding rights to all victims of crime, including the right to information, the right to understand and to be understood, the right to get support and the right to protection. These rights must be implemented and applied in practice. There are guarantees for that. For instance, victims can rely on their rights before the national courts – in some cases also even if the Directive is not correctly transposed into national law – via the so-called ‘direct effect’ of EU law. I expect that the Directive will lead to a change in the way people perceive victims. This ‘change of mentality’ is very important. What counts most for victims is how they are approached by people who come into contact with them, starting from police officers and ending with probation officers. This is a long process that can be achieved by training, sensibilisation and promotion of positive attitudes.”

What will happen in the near future regarding the Victims’ Rights Directive?

“First of all we will do our best to help all Member States to realise full transposition. The upcoming Dutch Presidency plans to launch a European Network on Victim’s Rights in February 2016. That will provide an additional forum for national experts to exchange best practice and discuss the issues related to victims’ rights. By November 2017, the Member States should send us their reports on how the victims have accessed the rights set out in the Directive. Then we will have additional statistical information. Also by 2017 the Commission will write a report to the European Parliament and to the Council on the implementation of the Directive.”

And then your work is done?

“I don’t think that the work of the European Commission on victim’s rights is ever ‘done’. It is an evolving area. The coming years will see what works and what doesn’t work and whether the Directive itself needs changes. I can’t foresee at this moment what kind of changes that would be. It also depends on trends in national laws. For now, I think the European Commission and the Member States have enough work implementing the Victims’ Rights Directive. This Directive is a very valuable document that can change lives of millions of victims in Europe. We should not underestimate it. If victims feel secure, protected and respected, there will be more trust in the criminal justice systems and more willingness to report crimes. That will make Europe a better place.”