By Mr. Suchul Kim, a probation officer at Crime Prevention Policy bureau, Ministry of Justice in South Korea. He is currently visiting the Institute of Criminology, University of Cambridge until August 2022.

Introduction of EM in South Korea 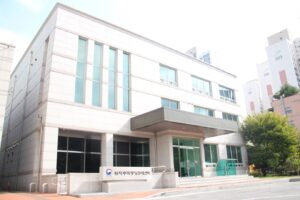 It has been 13 years since the introduction of Electronic Monitoring (EM) in South Korea took place. In 2008, according to the enactment of the Act on the Electronic Monitoring on the specific offences (Article 1), Korean EM was introduced with the aim of “preventing people from sexual crime by deterrence of reoffending, rehabilitation programmes and location tracking with electronic monitoring for sexual offenders”. The introduction of EM in South Korea was triggered by a tragic rape and murder of a child in an urban city in 2006. This case generated enormous public outrage and led to the urgent introduction of EM as a countermeasure for high-risk sexual offenders in the community. Through the several amendments of the Act, Korean EM can be mainly imposed on four types of offences: sexual violence, kidnapping, murder and robbery, by three types of sentencing: suspended sentence, post-release (after completing a prison sentence) and conditional early release.

In terms of the effectiveness, there is still an ongoing controversy over the effectiveness on reducing reoffending of sexual offenders under EM in South Korea. Specifically, Korean EM has a lack of unbiased empirical studies and it should be improved by further evaluation in the future. In spite of the controversy and the limitation, it may not be denied that Korean EM has been a main intervention for high-risk offenders in the community. Furthermore, the Korean Ministry of Justice states that Korean EM has effectiveness in reducing reoffending of sexual offenders, compared to the offenders who were not under electronic supervision. In effect, the official recidivism rate of sexual offenders under Korean EM showed a stable level of recidivism (around 2 %) during the recent 10 years. Compared to the recidivism rate of general probationers (around 5 %), it seems a very encouraging result, considering the higher risk of the offenders under EM than the general probationers without EM.

It seems that there are two main contributors for the successful implementation of Korean EM: intensive supervision and rehabilitation programmes by probation officers, and advanced technologies. Firstly, Korean EM is not a stand-alone intervention but a combined intervention with intensive supervision, rehabilitation programmes and specific requirements. This means that the role of a probation officer is essential for achieving the goal of Korean EM. Moreover, to overcome the drawbacks of EM such as high level of stress of offenders and reoffending due to stigma and desperation, Korean EM has also focused on building positive relationships between probation officers and offenders under EM. This aspect of Korean EM might be described as a “human-centred intervention”, rather than a technology-centred intervention.

Secondly, state-of-art technologies such as the Internet and Communication Technologies (ICT) and Internet of Things (IoT) have been a crucial contributor to the stable implementation of EM. It allows the Crime Prevention Policy Bureau (CPPB) in the Ministry of Justice to implement active GPS programmes successfully, although they did not have any prior experiences in using GPS programmes or Radio Frequency (RF) programmes. In addition, CPPB developed and adopted a one-piece tracking device in 2018, which can overcome the technical limitations and inconveniences of the previous two-piece tracking device. In addition, since 2009, CPPB established two Electronic Monitoring Centres in Seoul and Daejeon, which have “Electronic Monitoring Teams” (EMTs) in each centre. Mainly, probation officers in EMTs watch the active tracking data from each EM device of offenders 24/7, through their laptops and a LED video-wall screen. Recently, CPPB is also developing an innovative Alcohol Monitoring Programme, which can detect alcohol consumption of offenders 24/7 alongside active GPS tracking. For these reasons, the Korean EM model has been an interesting example and a benchmark for many other countries. For instance, over 15 countries from Asia and South America visited the Seoul Monitoring Centre to observe its unique operation and advanced technologies, and Mongolia is trying to adopt the Korean EM system with the support of the Korean government.

Challenges and the future of Korean EM 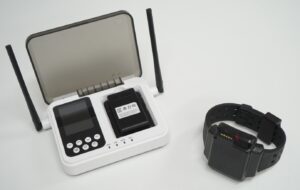 On the other side, Korean EM has difficult challenges such as improving technological limitations and balancing between the convenience of offenders and the resistance against tampering with the device. Fortunately, in 2019, CPPB introduced the “Crime Prevention Data Management Department” (CPDM), which is particularly responsible for the development of the tracking device and the monitoring software for EM, by cooperating with the Technology Development Team in the Seoul Monitoring Centre. Furthermore, CPDM has a future task for adopting Artificial Intelligence (AI) and big data in EM supervision, specifically in providing automated risk-assessment. In effect, Korean EM has recently adopted “Crime Prediction Data Analysis Software” which can provide the results of daily dynamic risk-assessment by analysing the collected data from an offender’s EM device and the Korean Probation and Parole Information System (KPPIS). Specifically, AI compares the data of daily routines and visiting places of offenders with the recent tracking data in the main monitoring software (U-Guard) and crime-related data from pre-sentence reports in the Integrated Crime Prevention Database (ICPD). This AI-based software also analysis the text data from the probation officers’ supervision reports as resource for dynamic risk-assessment. If the level of the daily risk-assessment is higher than the average risk level, the software automatically sends probation officers and monitoring officers an alert to be checked via the main electronic monitoring software (U-Guard). It remains to be seen whether this task for using AI and Big data can be successful for innovating Korean EM in the future.

Taken together, through the 13 years’ implementation of Korean EM, in spite of its importance and successful implementation, it also has challenges to overcome in providing effectiveness of reducing reoffending sufficiently and in balancing between convenience of offenders and solidity of the tracking device. In a similar vein, the most significant task for the Korean EM could be to harmonise the two conflicting notions of “human-centred intervention” and “technology-based” intervention.