‘The Monkey Robert’, a children’s probation story by Intress

Home / ‘The Monkey Robert’, a children’s probation story by Intress

One day a group of savanna animals wake up and see that someone has stolen the shoes from the store of Pere the hippopotamus. This is the beginning of the story ‘The Monkey Robert’, a book produced by the Catalan organisation Intress to explain to children what probation means. We spoke to Meritxell Campmajo, the author and Director of the Intress Probation Service in Catalonia, about the book.

What is the story about?

The story begins when one day in the savanna, some animals wake up and see how overnight someone has stolen shoes from the store of the Pere the hippopotamus. The police elephants find out that the Monkey Robert is the one who committed this crime. The owl, a judge, gives him the choice between a prison sentence and repairing the damage he has done under the supervision of the Eagle, a probation officer. Robert the Monkey agrees on cleaning the market and help the other animals out. At first, he does not like his job, but the animals tell him how beautiful and clean the market looks after he cleaned it. This makes him proud and appreciate his work. After he is finished Pere the hippopotamus even offers him a job at his shoe store. Robert the Monkey has learned to work in a different way and Pere also learns what it is like to give people a second chance.

How did Intress come up with the idea of producing a story about probation for children?

Intress, as a nonprofit association, has been working on a selection of a tales that wants to teach children about the social values of community intervention. ‘The Monkey Robert’ is the second book of the collection. The first one was about Iris, a little elephant, explaining the welcome in a migration process. 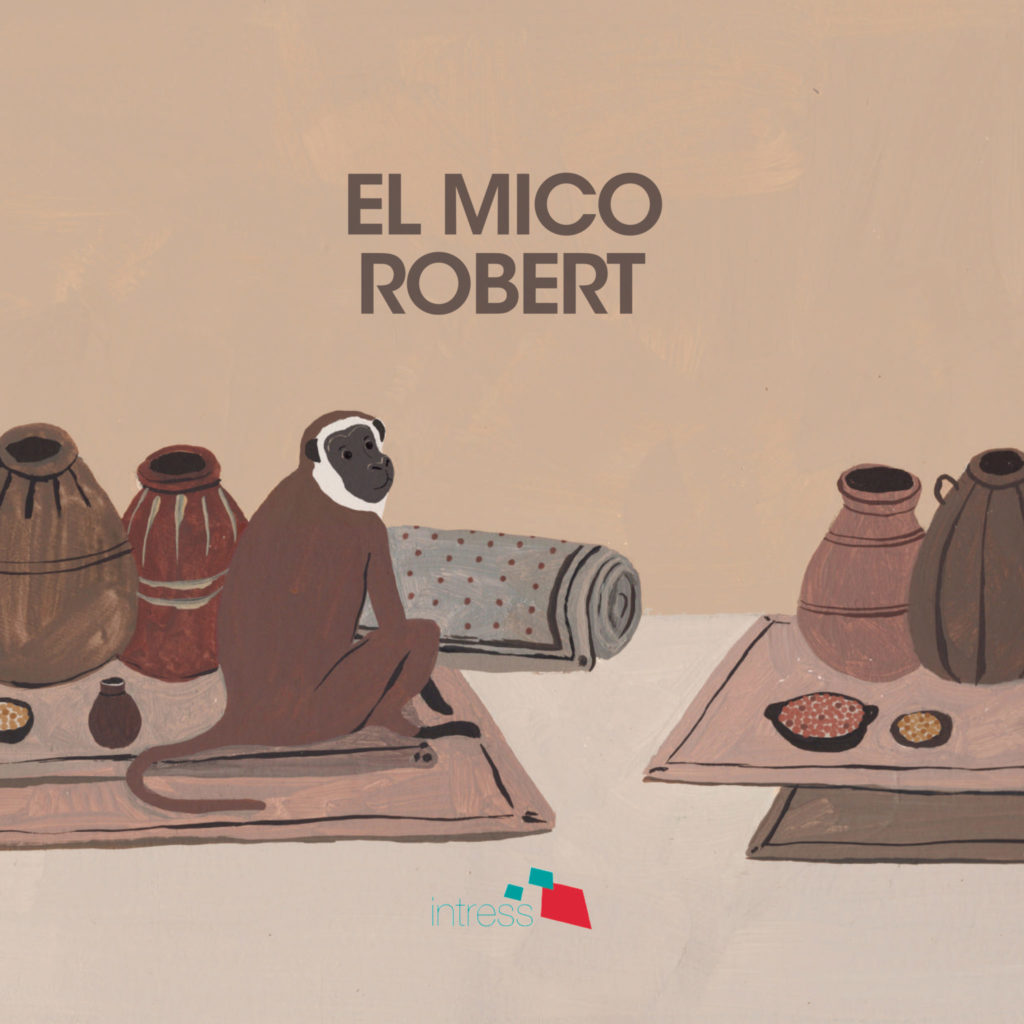 Why is it so important to produce a story for children about these topics?

We are an organisation of professional experts in the social field that detects needs, designs projects and manages services with a model of attention focused on the person and the community. For us it is important to inform as many people as possible about the work we do. Especially for children it is important to learn about alternative measures to prison. We work to raise awareness  about the importance of aiming for a more restorative and less punitive penal model.

How was the book produced?

The text in Robert Monkey story  was written by me, and it was reviewed by different professionals working in the probation service managed by INTRESS. The illustrations are carried out by Kira Diaz, who had already illustrated the first tale of our collection.

The book is published in Spanish and Catalan.