Terrorism and the terrorist – Understanding Radicalisation: The Implications for Criminal Justice practitioners

Home / Terrorism and the terrorist – Understanding Radicalisation: The Implications for Criminal Justice practitioners 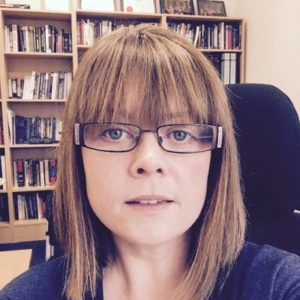 In an effort to understand terrorism, particularly for those individuals who work with the perpetrators of political violence, it is vital that we separate the notion of terrorism from the terrorist. Terrorism is a highly politicised term, a pejorative label applied unevenly across groups. However, for criminal justice, counseling and security professionals acting within the confines of particular legal or social services systems, the terrorist actor must be understood and considered in his/her local context in conjunction with the entirety of their social network, personal background, ideological affiliations and offending history. In effect, practitioners must deal with what is in from of them, and not be seduced by the hysteria (understandably so) that so often accompanies terrorism and terrorist events.

Separating these two notions, terrorism and the terrorist, helps to ground our understanding of the individual perpetrator in the relevant local realities of their day-to-day life. For practitioners working with individuals convicted of terrorism or terrorism related offences, taking such an approach is exceptionally revealing as it can expose the nuanced motives and justifications an individual may offer for their involvement in terrorism (or their desire to be involved), mundane as they may turn out to be. In addition, such an approach can reveal the process by which they came to be involved in the first place and as such offers significant insights for developing interventions appropriate for that individual.

In recent years, the definitional landscape of political violence has become more complex. Over the past fifteen or so years the process leading to engagement with extremist organisations or groups has come to be referred to as radicalisation. This is a loose and vague term relating to the means by which an individual comes to support, engage with or carry out a terrorist act in support of or as a member of a terrorist movement; at its broadest, radicalisation is what happens before the bomb goes off. The term has, predominantly, been used in conjunction with Islamic extremism post 9/11, but is increasingly applied to a broader range of ideological movements engaged in terrorism violent. The most problematic issue with the process of radicalisation is that it tells us little about how radicalisation happens, and even less about why it might happen. Regardless the term is widely used by practitioners, academics and policy makers and often used interchangeably with the terms extremism and terrorism.

Another important issue for individuals working with perpetrators of terrorism and political violence is how we understand and attribute the reasons for radicalisation and ultimately involvement in terrorism. Like our understanding of crime, there have been many hypotheses proposed to account for an individual’s choice to engage in terrorism: mental health issues, poverty, oppression, dis-enfranchisement etc. However, as with our understanding of crime, there is no silver bullet, no one causal factor that reveals a coherent motive. This brings us back to the original point that we need to deal with what is in front of us rather than relying on empirically weak global frameworks that do not account for the complexity of terrorism and the terrorist.

Another issue of concern for practitioners working with individuals convicted of terrorism or terrorism related offences is the notion of de-radicalisation: the process by which individuals leave terrorism behind. Again a comparison with ordinary crime is useful here. Practitioners working with individuals leaving prison or attempting to redirect their life away from crime are very aware of how complex the process of desistance is. Issues of substance abuse, family disharmony, trauma, homelessness etc. are all a part of the process of moving away from a life of offending. If we transplant this view to the case of the terrorist offender we need to acknowledge that involvement in terrorism is not just about an ideology, or a terrorist group but it is about identity, belonging, self fulfillment etc. and these issues, rather than merely ideas and beliefs, need to be addressed in any intervention with former terrorists.

This short introduction to the paper ‘Understanding Radicalisation: Implications for Criminal Justice Practitioners’  highlights a few of the key issues practitioners face when dealing with terrorist perpetrators in Europe, both as part of the prison and the probation services. The full paper, that was published in the Irish Probation Journal, addresses a broader range of issues of concern for criminal justice practitioners and concludes that there is a reservoir of knowledge across Europe about how to deal with individuals who participate in political violence and terrorism that can and should be accessed by criminal justice professionals. This material (such as that produced by the RAN, Europe) is based on the experience of professionals who work with radicals, extremists, terrorists, subversives etc. and have done over the past four decades. This experience is very relevant and a valuable resource for practitioners. In addition to this specialist knowledge (e.g. within the prison service in Northern Ireland and Spain) the skills and experience of criminal justice professionals in their day to day lives dealing with non-terrorist offenders needs to be harvested and its utility recognised as an untapped resources in our efforts to deal with terrorism and the terrorist.