Probation Reform in Italy: towards a community justice

Home / Probation Reform in Italy: towards a community justice

In the course of 2021, the Italian Parliament has discussed a new reform to restore the Italian penal system, which will be effective, coming into force, by 2022. One of the tasks of which the “Cartabia Reform” works concerns probation implementation in Italian Justice. 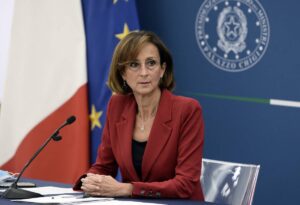 In 2021 the Minister of Justice, Mrs. Marta Cartabia, appointed a commission to restore the adult penal system in Italy, presided over by the former president of Constitutional Court, Mr. Giorgio Lattanzi, who drafted the text submitted to the Parliament.

Following the adoption of that law, five working groups have been set up to draft a legislative decree; the Director General of the Directorate General for community sanctions and probation (DGEPE), Lucia Castellano, board member of CEP, is part of the team regarding the reform of penal sanction system.

The most recent statistics, analyzed by the Ministry of Justice on 31 December 2021, reported that 54,134 people have been detained in Italy, and more than 69 thousand people are in charge of the 83 Probation Services located in Italy, in addition to 45 thousand investigations and consultations. There are currently over 1211 social service officials, working in the Probation Offices, who are in charge of the care for 114,000 people.

The Italian sanctioning system is moving from “certainty of prison” to “certainty of punishment”, overcoming the idea of prison as the only effective response to the crime; it is clearly abandoning the old approach focused on prisoning, turning towards a probation view and the Reform represents the final product of that change.

The implementation of the probation system was publicly indicated by Minister Cartabia in a speech to the Chamber of Deputies, pointing out that “the Ministry will continue to support and strengthen routes of probation and measures that bring a detainee into contact with the territory in order to gradually recover the relationship with civil society”.

In this context, now more than ever there is a need in Italy to discuss the quality of interventions, taking into account the growing number of probationers and the staff resources available to the system. For this reason, the Italian Government has previewed the assumption of 421 social workers and 300 educators in the next two years to work in the Department of the Italian Ministry of Justice regarding Juvenile Justice and Probation.

In the Italian legal system there are different kind of probation: on one hand the “prison probation”, hence post sentence, which concerns alternative measures and alternative sanctions for short prison sentences, and on the other hand there is the “pre-trial probation” represented by the measurement of “messa alla prova” (MAP).

In particular, the MAP consists in suspension of proceedings and it is currently provided for suspects of an offense punishable solely by a pecuniary penalty or by a custodial sentence not exceeding a maximum of four years. This probation measures previews the extinction of the crime whether the person has repaired the consequences of the offense ascribed to him or her, having the duty to work in the public interest for a period of between 10 days and two years.

The purpose of this institute has been very clear since its promulgation: rebuilding the broken pact with the community. For this reason the working group is responsible for the reform of the penal sanction system and has to extend the application of MAP to further specific offenses, with a view to include crimes punishable by a custodial sentence not exceeding a maximum of six years, giving offenders reintegration programs in society. These are not crimes that get social alarm, because they are mainly involuntary or crimes that provide an immediate response in favor of the injured person or even crimes for which it is useful to anticipate the intervention of re-socialization.

In addition to that, the working group is proposing a draft reform of new probation measures, which shall be issued directly by the Trial Judge, considering as a contribution to the re-education of the defendant or sentenced person and ensuring the prevention from the danger of recidivism.

In the case of a plea bargain or detention sentence within a period of 4 years, the Judge may replace that sentence with semi-liberty or house arrest.

In the case of a sentence of less than 3 years, the Judge may replace this sentence with community services equal to the sentence replaced, with the consent of the condemned – no longer only for the offenses against the highway code and drug-related offenses.

In the case of a penal order – a criminal conviction without going to trial – the Judge can replace such asentence, in addition to the pecuniary penalty, with a community service.

In the case of a custodial sentence within 1 year, the Judge may replace this with a pecuniary penalty of the same type.

However, there is another working group, engaged with Restorative Justice, in which the Director of the Department of Juvenile and Community Justice, Magistrate Gemma Tuccillo, takes part. The task of this working group is introducing an organic discipline in the interests of the victim and the offender, according to the logic of reconciliation and settlement of the conflict, as well as introducing the figure of mediators and restorative justice centers.

In Italy the reality of Restorative Justice was born in 2015, the year in which the Department of Juvenile and Community Justice was established, inspired by the international principles and good practices already available in other countries, for instance CEP, whose motto is remembered as message for future probation identity in Italy: To contribute to safer communities by rehabilitating and reintegrating offenders and providing the best possible interventions to reduce offending and the impact of crime.