Dublin was the stage of this years CEP General Assembly and Directors General Meeting on the 23rd and 24th of October 2019. Both conferences were organised in close co-operation with the Irish Probation Service. The 13th General Assembly focused on making important decisions for the future of CEP and was for members only. The topic of the 8th edition of the Directors General Meeting was “The purpose of probation”.

The CEP General Assembly takes place every three years and is there for CEP Members to vote on decisions that CEP wants to make for the improvement of its organisation. Not only important membership issues are discussed, but during the General Assembly there is an election for new board members as well.

First of all, we had to say goodbye to four Board Members that have been very valuable to CEP during the terms that they served in our Board: Vice President Imants Jurevičius and Board Members Brian Heath, William Rentzmann and Carsten Herstel.

Three new Board Members are welcomed to the Board: Sonia Crozier (UK), Maret Miljan (Estonia) and Pia Andersson (Finland). CEP is also happy to announce that Jana Špero will fulfil the position of Vice President. 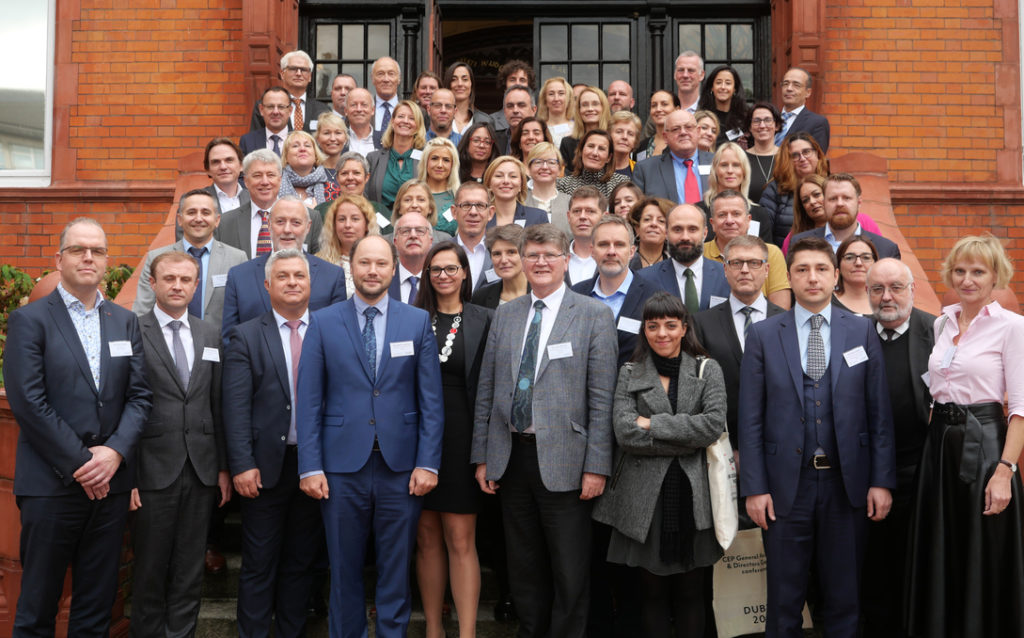 Every two years CEP organises a conference for the Directors General in Probation. The theme of this years edition was ‘ The purpose of probation’. On the first day plenary presentations were given by Prof. Fergus McNeill and  Annie Devos. During a panel session Policy Officers Anna Esquerra and Maria Lindström talked to CEP Honorary Members Mike Nellis, Leo Tigges, Rob Canton and Anton van Kalmthout about the past, present and future of probation.

The second day started with a plenary presentation by Prof. Ioan Durnescu. Two workshop session with workshops about Training, Social Enterprise and Restorative Justice were also part of the programme. CEP Preseident Gerry McNally closed the conference by reading his final declaration to the participants.

You can find all the presentations and the final declaration of the Directors General Conference below.

During the CEP General Assembly and Directors General Conference, we presented the five CEP Awards to its winners. With the awards we would like to celebrate outstanding contributions to probation within Europe. We were glad to receive all the impressive submissions. Read more about all the winners here.

The important role and standing that CEP has achieved is a particular tribute to the vision, energy and commitment of the people who established it and led its early development. In recognition of  their invaluable contribution to the development of CEP from the beginning, as the European network and organisation for probation organisations and interests, CEP appointed Breidge Gadd and Jürgen Mutz as its Patrons. CEP Patronship stands for
acknowledgement and appreciation of particular and personal commitment and actions for CEP, over many years.

What about ethics in digitalising probation?