JUSTICE TRENDS: a new magazine on the market

Home / JUSTICE TRENDS: a new magazine on the market

This month a new magazine entered the market of justice themed magazines, JUSTICE TRENDS. After years of preparation, a printed version was handed by editor-in-chief Pedro das Neves to the Portuguese prime minister. A couple of years ago Pedro das Neves realised that there was a gap in the market of justice themed magazines. He decided to act on his finding and right now, a couple of years later, the first edition is published with great success. 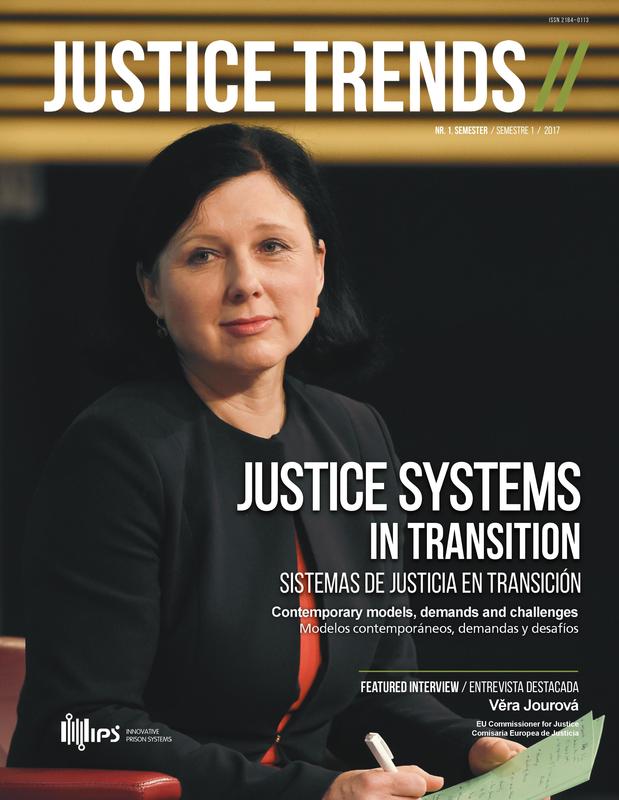 JUSTICE TRENDS is a bilingual (Spanish and English) and biannual non-profit magazine. There is a printed version available as well as an online version. There are a lot of academic magazines available in this niche, but together with Innovative Prison Systems (IPS) Pedro das Neves managed to make an entire different kind of magazine: “I  realised that there was room for an independent publication that would address correctional topics, that would gather some of the best expertise of the sector and that, at the same time, would allow the reader to better understand the work that both public and private sector professionals and decision makers are doing.” With his magazine Pedro das Neves informs everyone who is interested in Justice about the best practices and the latest developments in the execution of Justice throughout the world.

For the first edition Pedro das Neves set high goals. “We wanted to make sure that we had an amazing kick-off with this project, and, of course, not fail to ask the collaboration of several prominent personalities in the prison and social reintegration services, from different parts of the world.“ That is something he managed to do. The magazine includes 19 in-depth interviews and many other articles written by prominent personalities in the field of justice from all over the world. “When I first told them that I would like to interview them, all of them were very receptive, so, after having accepted to talk to us we just had to do our homework, prepare our questions and schedule the interviews. Many of the interviews were held via videoconference, we have recorded them entirely which ended up in more than 30 hours of audio content to transcribe and sort out!”

To Pedro das Neves the publication of the first edition has been a fantastic and gratifying experience. “JUSTICE TRENDS readers are very pleased with the content we have prepared. Many people are surprised that we have been able to achieve and assembly an output of such quality and with so much useful and valuable information, either for those that are just interested in Justice matters or for professionals who daily feel and struggle with the challenges that are addressed by our interviewees and the contributor authors.” This far the feedback Pedro das Neves received has been very good. Not only from the readers, but also from the industry leaders themselves. To him it is a real encouragement for his work and a stimulation to prepare for a second edition.

For the first edition the availability of the European Commissioner of Justice supporting the initiative gave Pedro das Neves a strong feeling of the EU confidence in his work. “It is an indication of the seriousness and added value JUSTICE TRENDS has. The cooperation of both the Commissioner and her team was irreproachable. And the truth is that we can say the same in respect of all guests, either interviewed or authors.”

“This is only the beginning”

At this moment the first edition is finished, printed and disseminated. For Pedro das Neves this is not the end. “This is only the beginning, because there is a whole follow-up to be done and we are still doing the distribution of the printed version that, with some effort, we are sending for free to hundreds of stakeholders, including all prison and probation administrations around the globe.”

The next edition of JUSTICE TRENDS is already in the making and according to Pedro das Neves it will be as good as or even better than the first edition “At this point we are already working on the planning and we have thought of almost all the personalities that we would like to interview. In the same way, we have an idea of the authors that we want to invite to contribute with their knowledge and degree of expertise.” The second edition of JUSTICE TRENDS is planned to be published in November.

Click here to read the first edition of JUSTICE TRENDS.