Japan in full preparation for the 3rd World Congress on Probation 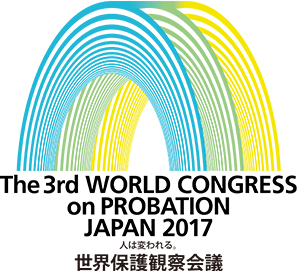 In her daily life Akiko Tashiro is a probation officer at the Rehabilitation Bureau of the Ministry of Justice in Japan.” My current duties are policy planning and coordination of community volunteers involved in probation or community corrections. I’m also involved with public relations and raising public awareness of offenders’ rehabilitation and reintegration into society.”

Tashiro attended both the first and the second World Congresses on Probation. Those were eye-opening experiences to her. That is why she is honored to be able to organise this year’s event. To Tashiro the best part of the congress will be meeting with colleagues from all over the world. “Each country has its own unique history, political system, culture, etc., so we may also have different approaches in working with offenders. However, I firmly believe that our mission is universal.”

The theme of the Congress is ‘Development of Probation and the Role of the Community’. “The objectives of the Third World Congress are to contribute to the further development of probation and community corrections throughout the world by sharing knowledge and experiences, taking account of social and cultural diversity in each country. The main theme includes “the role of the community” because we believe in the importance of the active involvement of the community in the prevention of re-offending and the promotion of offender rehabilitation.”

During the congress there will be an interesting group of main speakers as well. Dr. Frank Porporino (T3 Associates Training and Consulting Inc.) will be talking about the developments and challenges in probation practice. Is there a way forward for establishing effective and sustainable probation systems? Prof. Peter Raynor (Swansea University) will be giving you a tour through the history of effective probation and he will take a look at the future as well. Prof. Todd Clear (Rutgers University) will be talking about imagining probation values in alive everyday practice. The final main speaker will be Ms. Tomoko Akane (Ambassador for International Judicial Cooperation Japan). She will be talking about The future of probation: Asian experiences and the role of the community.

Click here for more information on the Third World Congress in Japan.