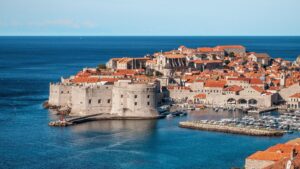 CEP in cooperation with the Croatian Ministry of Justice kindly invites all probation professionals and practitioners to participate in the autumn conference in Dubrovnik that will cover the topics that have recently been on the agenda of probation organizations across Europe. Probation organisations have been in a different phase of development and the specifics that probation officers must deal with vary from country to country. The core business – providing guidance, assistance, support and motivation to the client, protecting society and victims from any harm – remains the same. Variety of other specifics the probation officers deal with the clients on a daily basis differs. Europe is large and issues addressed in South Europe do not necessarily have to be the same as the ones in North, Central and Eastern Europe at certain moment.

However, what probation organisations across Europe have in common is the strong commitment to human rights and ethics, fairness and equity for all in criminal justice. These are at the forefront of the probation work and human being is a centre point. The nature of probation work is based on strong compliance with human rights as probation officers work with those excluded from the society or those living at the margins of society. It is something that is passed from one generation to another, sometimes even unintentionally. Finding your place in society is essential to any individual across the world. Finding your place in society as a convicted person, overcoming the barriers that stand between you living a decent life and you living your life without offending is a key to successful reintegration and rehabilitation.

Key questions we would like to raise at the conference are:

General Information on the events

Willem van der Brugge, CEP Secretary General, tells you more about the CEP awards 2022. The winners will be announced during the ceremony on the 19 October.

The programme will consist of plenaries, a series of workshops on specific topics as well as a round table which will gather the professionals from across Europe discussing the specifics of their respective jurisdictions.

Draft programme can be downloaded here.

Registration for this conference is limited to non-commercial organisations only.

Please be aware that CEP members who wish to attend the General Assembly and conference but who are not able to (fully) fund their attendance, may fill in the this form to apply for a bursary.

The hotel offers a special group rate starting from 127 EUR per night. This is only valid from 18 to 20 October. Click here to book.
It is not necessary to sign in or create an account.